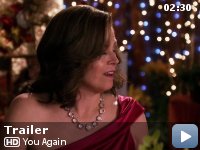 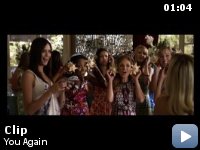 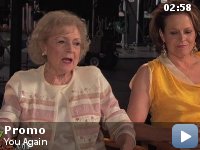 When a young woman realizes her brother is about to marry the girl who bullied her in high school, she sets out to expose the fiancée's true colors.

Storyline
As a teenager Marni was the kind of girl no guy would go near and would be tormented by the mean girls, and no one was meaner to her than Joana the head cheerleader. Years later, she's a successful woman with a good job. When she goes home for her brother's wedding she discovers that her brother is marrying Joana. When they meet she wants Joana to apologize for the way she treated her but Joana feigns ignorance. When Marni tells her mother, Gail about her and Joana, Gail tells her to try and put it behind her. But when Gail learns that her aunt Mona is her old friend Ramona who was her friend in high school whom she had confrontation with years ago, Gail feels like Mona is trying to thumb her success in her nose. When Marni learns that Joana does remember her she sets to expose her to her brother.

Taglines:
What doesn't kill you… is going to marry your brother.

In reference to a scene in the movie, Jamie Lee Curtis and Sigourney Weaver wore the same dress to the movie's premiere.

Revealing mistakes:
When Marni is helping grandma Bunny with her dentures, you can clearly see that grandma Bunny has has all her teeth.

Marni:
I got to admit, the first few rounds went to Joanna. She played some very good hands. Very good, but I'm glad. It made me realize that we have to take it a step up. Take it to a whole new level.

Ben:
Whoa. "We"? No, she's your arch nemesis. I'm not going to be part of your evil plan to bring down Joanna.


(Synopsis) Marni (Kristen Bell), a new Vice President of a large Public
Relations Agency, is returning home for her brother Will's (James Wolk)
wedding. Marni discovers that his bride Joanna (Odette Yustman) is her
former arch nemesis in high school who made her life a living hell.
Joanna is now an angel in her brother's eyes, absolutely not the
memories that Marni has of her tormentor. All of this is compounded by
the fact that the bride's wealthy Aunt Romona (Sigourney Weaver) flies
into town and comes face to face with Marni's mother Gail (Jamie Lee
Curtis), who it turns out has an old high school score to settle with
Gail. Marni must protect her brother by showing him Joanna's true
colors before he makes the biggest mistake in his life. The claws are
about to come out.


(My Comment) The movie itself is not that appealing as a romantic
comedy, but it had a great female cast. The storyline is based on a
small premise that what happens in high school lives with you forever
which is absurd. Kristen Bell's performance as the pathetic pimply face
girl with low self esteem, pressed into getting revenge, was right on
target, and Odette Yustman as her rival was also good. I think the
writers wasted the great talents of Sigourney Weaver and Jamie Lee
Curtis. However, Betty White steals every scene she is in. Patrick
Duffy and someone else (I won't say) make a cameo appearance. After
about 45 minutes, the story was a little boring, but it picked up by
the end. The lesson that is taught by this story is that you must learn
from your past and everyone is entitled to a second chance, "maybe"?
(Touchstone Pictures, Run Time 1:45, Rated PG)(4/10)