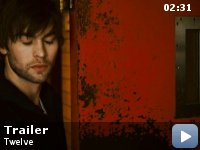 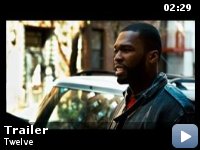 A young drug dealer watches as his high-rolling life is dismantled in the wake of his cousin's murder, which sees his best friend arrested for the crime.

Storyline
A young drug dealer watches as his high-rolling life is dismantled in the wake of his cousin's murder, which sees his best friend arrested for the crime.

Taglines:
No one needs anything here. It's all about want.

Narrator:
So you're born in the capital of the world and you can never escape. And that's how it is because that's how everyone wants it to be. It is all about want. No one needs anything here. It is about when you wake up in the morning and the snow is already coming down and it's bright between the buildings where the sun falls but already dark where the shadows are…


I finally got to see this movie and I have to say, I really did like
it. I know that this movie has been getting terrible reviews and
slammed by just about everybody, but I would like to back this movie up
a bit.

1 – When I first heard about this movie and saw the trailer, my first
thought was this reminds me of "The Rules of Attraction" and "Less Than
Zero," two of my favorite books and movies. So I immediately went
searching for the book "Twelve." Found it, read it, and LOVED it. I
guess you sort of have to be into these types of stories to enjoy them.
But needless to say, the book reminded of "Rules" and "Less Than Zero,"
which is why I liked it so much, except "Twelve" takes place in the
present, which I can relate to, and not the 80's, even though I still
love them.

Realizing this right now as I type this, don't watch this movie or read
the book if you are not into these types of movies/books. If you are,
then I highly recommend it.

2 – After having been a fan of the book, I was very anxious to see the
movie. I finally saw it, bought it without seeing and wasn't sure what
to expect, and I can say it was better than I expected. I was beginning
to let the negative reviews suck me in, but I was pretty pleased with
it. I think the main reason why I liked it is because it stayed very
true to the book. Obviously the book is better, but the movie was
pleasing for me.

3 – I was very happy with the casting in this movie. I think Chase
Crawford did a great job. Very believable as White Mike. I hadn't
really seen him do anything because I don't watch "Gossip Girl," so it
was nice seeing what he can do. I really like Emma Roberts so I enjoyed
her just as much as Molly as I always do in any role she portrays.
Curtis "50 Cent" Jackson, small part, but very strong performance. I
only knew him as a musician, never seen him act, and was impressed with
him. He too, was very believable. Most of the actors in this movie were
very believable. The two individuals who stood out most to me were
Billy Magnussen and Emily Meade. I have never seen them in anything
else before, and I thought they were absolutely great. I hope to see
more of them. I also loved Ellen Barkin's appearance in this movie. She
was great as always.

4 – A lot of other comments or reviews, slammed the narration of Kiefer
Sutherland in this movie. I will admit in the beginning it seemed to be
too much, or some parts didn't really need to be narrated, but the
majority of the narration, I thought was needed. I did not think it was
out of place. It reminded me of the book once again. The narration was
informative, descriptive, and at sometimes comical, or comic relief in
my opinion.

5 – I thought the style was done very well in this movie. The music,
the party scenes, the atmosphere, the different groups and cliques, the
suspense and fear, the sadness, the chemistry between the two leads,
etc. This movie pulled it off. I was worried before I saw the movie and
with all of the bad reviews that it would have been too much or not
enough, but NO, I was pleased.

This is my overall opinion on the movie. The only thing I did not like
about this movie, and I wont give any spoilers to anyone, I felt like
the end was rushed. It seemed like the "Event" at the very end, came
and went too fast. Still an impressive performance delivered by the
actors, which helped the scene out for me, but I felt like not enough
time was spent at the end. I guess to understand what I mean, you would
have to read the book then see the movie. My recommendation.

But I will say that although the very end had a slight minor change,
again no spoilers, I was happy with the ending. That was a major
concern for me, but I thought the very end was simple and sweet. Which
worked.

I honestly really hope this review helps people who are interested in
this movie. I'm going recommend it to people who are into these types
of stories/books/movies. I think what helped me the most was that I
knew what was going on, which might be a spoiler for some people or
people just might not like that, but just know that if you watch this
movie, its a lot like the book. And don't let the negative reviews stop
you from seeing it. Check it out and see for yourself.