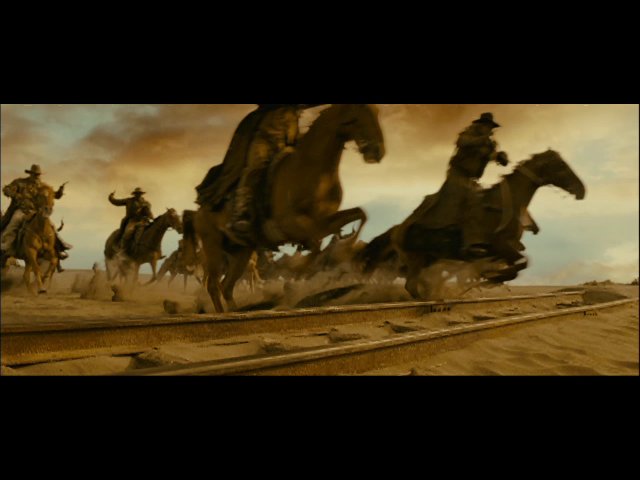 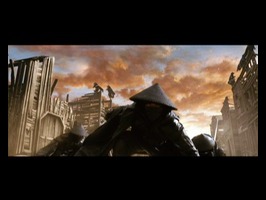 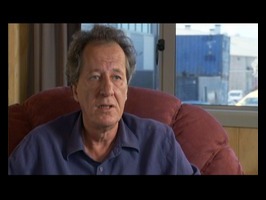 A warrior-assassin is forced to hide in a small town in the American Badlands after refusing a mission.

Storyline
Yuan, the world's finest swordsman, packs it in and leaves China to find an old friend in the Wild West rather than kill the infant queen of a rival clan. He carries the baby to his friend's desolate, broken-down town; the friend has died, so Yuan reopens a laundry and settles down, hanging wet clothes, growing flowers, raising the infant, and finding himself attracted to Lynne, a red-haired woman with a tragic past. As long as Yuan keeps his sword sheathed, his rivals won't find him, but a band of reprobate gunmen terrorize the town and threaten Lynne. Showdowns are inevitable, but once the sword is drawn, can Yuan find rest, a home, and a family?

The painting in the saloon is a parody of Edouard Manet's famous "Dejeuner Sur L'Herbe", with the setting changed to the prairies, and buffaloes and tepees in the background.

Continuity:
Ronald and another man are at the old ferris wheel during the big battle against the Colonel and his men. Ronald loads a bullet into his rifle with his bare finger. In the next shot, he is firing the gun while wearing black gloves that are completely intact.

Ronald:
Okay, you settled down? You got your ears open?
[clears throat]

Ronald:
This is the story of the sad flute, a laughing baby, a weeping sword. A long long time ago, in a land far far away, there lived a warrior. A warrior with empty eyes.

Move over pirates, because it's cowboys vs. ninja time!

The concept in itself sounds cool. Assassins from the east battle
against cowboys from the west. With The Warrior's Way, we get the best
of both worlds with likable characters, especially the little baby. The
setting of the movie is very stylized, and brings you a very
romanticized western. The same can be said about the eastern setting.
You can tell that the director loves Sergio Leone and Akira Kurosawa
movies.


The story of The Warrior's Way is that of an assassin travels to the
west because his clan is after him for not completing his mission, to
kill a cute little baby girl (The baby's really cute). The unnamed
assassin stops his journey at Lode, a western town filled with circus
folks. But we all know life isn't that easy, as bandits and the ninja
clan finds a way to make the life of the unnamed assassin hard.

The action doesn't start until later in the film, since it's focused on
the life of the assassin as he tries to find peace. Once the action
starts, get ready for a good time, because our hero slices and dices
cowboys and ninja alike. Once action sequence had the same style as
300, while other actions scenes felt like a live-action anime.

With all the gun and swordplay, the true heart of the movie are the
characters. The movie's able to fill us in on the main characters' back
story and we see why they do what they do. You name it, they all have a
history, well maybe not random cowboy #43. Kate Bosworth is very sassy,
yet sweet and cute. Jang Dong Gun is able to show his humanity subtly
even though most of the time he's emotionless. Danny Huston's character
is a nasty one, but I'll let you guys watch it to see how nasty he can
be.

You can tell that the cast and crew had a fun time making this movie as
much as I enjoyed watching it, since the movie doesn't take itself too
seriously and has a nice blend of humor and violence. The Warrior's Way
brings the magic of the west and east and mixes in influences from
spaghetti westerns and action anime and jumbles it together to serve us
something really cool.