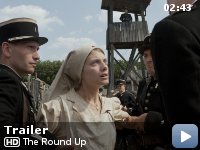 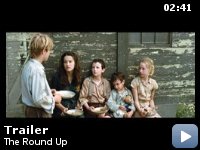 A faithful retelling of the 1942 "Vel' d'Hiv Roundup" and the events surrounding it.

Storyline
1942. Joseph is eleven. And this June morning, he must go to school, a yellow star sewn on his chest. He receives the support of a goods dealer. The mockery of a baker. Between kindness and contempt, Jo, his Jewish friends, their families, learn of life in an occupied Paris, on the Butte Montmartre, where they've taken shelter. At least that's what they think, until that morning on July 16th 1942, when their fragile happiness is toppled over. From the Vélodrome D'Hiver, where 13 000 Jews are crammed, to the camp of Beaune-La-Rolande, from Vichy to the terrace of the Berghof, La Rafle follows the real destinies of the victims and the executioners. Of those who orchestrated it all. Of those who trusted them. Of those who fled. Of those who opposed them. Every character in this film has existed. Every event, even the most extreme, transpired on that summer of 1942.

Producer Alain Goldman's intention was to make a French
Schindler's List as he felt no French film had yet truly approached the subject.

I can't understand the low rating…


OK, it's not a superb film but, all the same, it is a decent depiction
of the extermination of the Jews in Paris. The acting is very good,
both by Jean Reno and Melanie Laurent as well. Even the child actors
give good performances in general. There is nothing special or
surprising regarding the plot, and most of the themes have already been
presented effectively in other films, but this fact does not make the
film bad in any way. The film manages to hold the tension and it
succeeds in being moving at the same time. All in all, I watched this
movie with undiminished interest from the beginning till the end and I
think it deserves a higher rating than 5.6/10, as well as your
attention