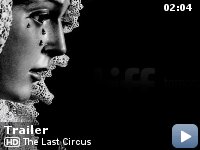 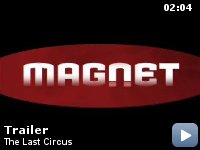 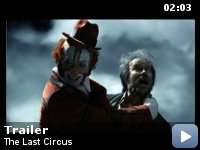 1937, Spain is in the midst of the brutal Spanish Civil War. A "Happy" circus clown is interrupted mid-performance and forcibly recruited by a militia…

Storyline
1937, Spain is in the midst of the brutal Spanish Civil War. A "Happy" circus clown is interrupted mid-performance and forcibly recruited by a militia. Still in his costume, he is handed a machete and led into battle against National soldiers, where he single handedly massacres an entire platoon. Fast forward to 1973, the tail end of the Franco regime. Javier, the son of the clown, dreams of following in his father's career footsteps, but has seen too much tragedy in his life-he's simply not funny and is only equipped to play the role of the Sad Clown. He finds work in a circus where he befriends an outlandish cast of characters, but as the Sad Clown he must take the abuse of the brutish Happy Clown Sergio, who humiliates Javier daily in the name of entertainment. It is here that he meets Natalia, a gorgeous acrobat, and abused wife of Sergio. Javier falls deeply in love with Natalia and tries to rescue her from her cruel and violent husband…

Edward James Olmos was interested in working with Álex de la Iglesia. He was in talks to play one of the main characters, but finally he couldn't accept because of his busy schedule.

Anachronisms:
When Andres is arrested, he says "maderos" to the policemen, but this word was not yet used at this time. He shoould have said "grises" (grey) because this is the color of the police uniform – only years later would it become brown. ("Madero" is log or piece of wood, which is why people called policemen "maderos").


A magic tale of terror, dark humour and tragedy!! I think that this
film is like a mix of Rodrigues, Jarmush and Kusturica… gripping and
strong whilst dark, random and ghastly at the same time. Romantic and
disgusting in one film. de la Iglesia beautifully makes the whole film
look like a circus performance with all characters exaggerated to the
point that even Franco looks like a clown. Though I appreciate that
this film is probably not for everyone, I think that it's an original
and interesting portrayal of, amongst other things, love and war during
horrors of Spanish civil war – an interesting contrast to del Toro's
"El Labiirinto del Fauno"!