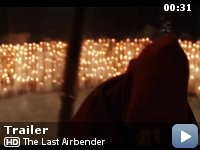 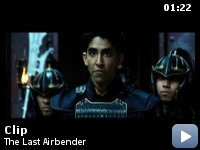 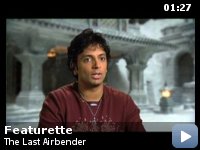 The story follows the adventures of Aang, a young successor to a long line of Avatars, who must put his childhood ways aside and stop the Fire Nation from enslaving the Water, Earth and Air nations.

Storyline
The world is divided into four kingdoms, each represented by the element they harness, and peace has lasted throughout the realms of Water, Air, Earth, and Fire under the supervision of the Avatar, a link to the spirit world and the only being capable of mastering the use of all four elements. When young Avatar Aang disappears, the Fire Nation launches an attack to eradicate all members of the Air Nomads to prevent interference in their future plans for world domination. 100 years pass and current Fire Lord Ozai continues to conquer and imprison anyone with elemental "bending" abilities in the Earth and Water Kingdoms, while siblings Katara and Sokka from a Southern Water Tribe find a mysterious boy trapped beneath the ice outside their village. Upon rescuing him, he reveals himself to be Aang, Avatar and last of the Air Nomads. Swearing to protect the Avatar, Katara and Sokka…

Noah Ringer holds a Black Belt in Taekwondo, which is one of the reasons why he was chosen for the Title role of Aang.

Revealing mistakes:
During a large battle scene between the Fire Nation and the Northern Water Tribe, the camera pans to reveal a Fire Nation soldier fighting with no one.

Katara:
A hundred years ago all was right with our world. Prosperity and peace filled our days. / The four Nations: Water, Earth, Fire, and Air Nomads lived amongst each other in harmony. / Great respect was afforded to all those who could bend their natural element…

The Last (time I pay to see an M. Night Shyamalan movie) Airbender


After waiting extremely eagerly for this movie, I sat in the theater
and was extremely eager for it to END. Ear-oh? Oong? Soak-ah?! Could
they have butchered the names anymore than they did? Worse, the entire
movie felt like a string of clips put together for an hour and a half
and not like a movie at all. All the major parts of the Book of Water
were skimmed over, while things like the freeing of the earth nation
village (while important) were given screen time that could have been
given to major events like the southern air temple.

The actors were dismal, with the exception of Dev Patel as Zuko and to
a lesser extent Shaun Toub as Iroh, who wasn't an accurate portrayal of
Iroh visually but at least captured the character's wisdom much better
than many of the other actors on board for the movie. He however failed
to provide many of the aspects of Iroh that made him endearing in the
series.

I will give that the northern water kingdom was gorgeous, but that's
about all I have to say kindly about this movie.

If you love Avatar: The Last Airbender as the series, I recommend
giving this movie a miss. It's heartbreaking how they butchered
something that had such fantastic and barely needing change source
material.

TagsUSA
The Twilight Saga: Eclipse
My Son, My Son, What Have Ye Done