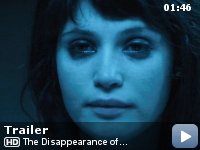 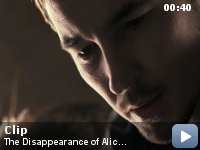 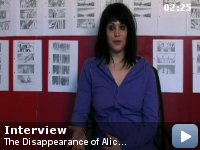 Two men fortify a nondescript British apartment so it can serve as a prison, and then kidnap a woman and tie her to a bed. Before there's even time to react, we're plunged into a very nasty situation, but not a simple one.

Storyline
Two criminals, Vic and Danny, kidnap Alice Creed. They fastidiously set-up an apartment building and handcuff Alice to the bed, all in a careful attempt to make sure that she won't escape and they won't get caught. But what do Vic and Danny really want with Alice? And is Alice cunning enough to foil their plans and escape?

The first word is spoken 5 minutes and 25 seconds into the film. Roughly another 4 minutes pass before the next one is spoken.

Factual errors:
When Vic checks the bullets in the gun, he removes the magazine, then replaces it and operates the slide. A bullet should have ejected as it was recently fired and there would have been one in the chamber.


A terrifically enjoyable film from debut writer-director J Blakeson.
Apparently working to a tiny budget, he's proved that he has an
incredible understanding of what makes a thriller film work.

There are three excellent performances (lucky, as with only three
actors this needed to be the case), particularly Gemma Arterton as
Alice Creed, who uses her wits and womanly wiles to make a stand
against her tormentors, Vic and Danny.

Much has been made of the plot twists – but I still didn't see them
coming at all! I thought they were ample to keep you guessing right to
the last, and I kept changing my mind as to how I thought things would
turn out.

I kept reading "taut, claustrophobic and very well put together" when I
was researching this film, and I have to say it delivered on all
counts. Excellent.