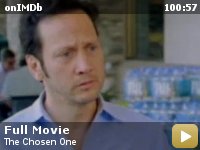 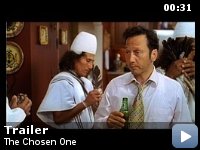 A man finally finds faith in himself after the rest of world puts its faith in him; the sole being on earth who can save mankind from its own destruction – The Chosen One.

Storyline
Paul is an ordinary man who is at the end of his rope. He hates his job, his beautiful wife has left him, and his mother and gay, Buddhist-monk brother constantly remind him of his shortcomings. Although Paul doesn't know it yet, his life is about to change in a big way.

Continuity:
At the end of the film, when Neil puts the nest back on the building, a chunk of the plastic bag is left on the metal hooks of the ledge. When the bird comes back the plastic it is gone, and the nest has miraculously moved from the left side to the middle of the ledge.

Christine:
[on answering machine]
Paul, it's Christine. Listen, I'm sorry that I hurt you. I never meant for this to happen. I feel like you've been pushing away for that last two years. I love you Paul, but, I want more in my life. Goodbye.


Well, first of all I have to start off by saying that this is not your
usual Rob Schneider movie. I was expecting this to be a comedy and it
even said so on the description, but I wasn't laughing once throughout
the entire movie.

Now, don't get me wrong, this is not a bad movie, not by a long shot.
There is a really nice story to the movie, and a somewhat deeper
meaning to it all, and it also have a nice message to it actually, come
to think of it. You might even say a spiritual enlightenment of sorts.

For me, this choice of movie is perhaps not the best suited for Rob
Schneider, but his acting was right on the money. He sure does deliver,
he was just out of place in a role like this. Perhaps because of all
the previous comedy work he has on his resume.

The supporting roles portrayed by Steve Buscemi and Holland Taylor were
also very well played, as were the role played by Carolina Gómez.

Despite the movie not actually being a comedy (as labeled), this is a
very nice movie indeed, and it is definitely worth the time to sit
through it. Just don't except to be in for a laugh fest, or you might
be disappointed. The movie actually did take me by surprise, because it
turned out to work well for a higher meaning, and the pieces fit well
together in the end. So thumbs up for this one.