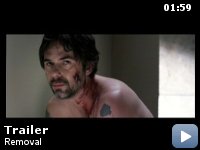 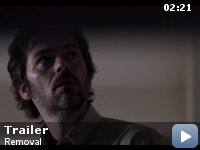 Gothic horror meets industrial-strength cleaning products in this spine-tingler about a pill-popping cleaning service employee and a sprawling mansion with secrets of its own.

Storyline
Cole is a likeable regular guy. Except that ever since he witnessed a gruesome murder-suicide, things haven't been quite right. His wife left him, he is tormented by hallucinations and his career has nosedived into a blue collar job with a carpet cleaning service. Just when it seems his life has reached bottom, Cole is called out on an all-night cleaning job in an Italianate mansion far from the city. For company he has Henry, the rich, condescending homeowner who seems to take sadistic pleasure in letting Cole think he has just murdered his wife. A reddish stain on the carpet, a knife hacking into baked rabbit, a cell phone that won't stop ringing – does it add up to murder or is Cole losing his last handhold on his fragile sanity?


If NOT for the fantastic performance from Mark Kelly playing cleaner
Cole Hindin (it helped that I had a huge crush on him during this, but
that didn't alter my review), some good cinematography and a great
soundtrack/score, 'Removal' (5/10) would be a complete waste. Why?
Well, I can't say without spoiling the movie's over-used "secret" that
I almost missed. I'll be honest, I usually see this coming, and I did
kinda get it through the movie with the numerous clues. Part of the
problem was the enormously bad acting from the movie's homeowner, Henry
Sharpe (Oz Perkins). In fact, it was so obviously bad, you knew
something was up. That said, again, Mark did such a good job, you'd
think you were watching a Class A movie vs. the B-movie it was. It's
worth a rental if you like those suspenseful (lite) thinkers involving
a recovering and separated man, Cole, who witnessed his best friend,
Eric, kill himself following Eric killing his own wife. Time has passed
and now Cole's being summoned to conduct a solo yet "3-Person" cleaning
job at a massive mansion overnight. Cole's suspicious of the owner's
secretive nature regarding the quick/quiet job and the weird
disappearance of his own wife. See it on the cheap.