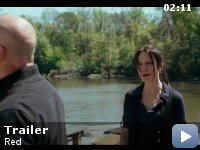 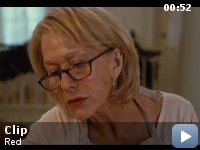 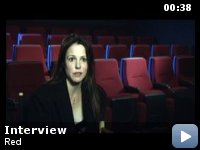 When his peaceful life is threatened by a high-tech assassin, former black-ops agent Frank Moses reassembles his old team in a last ditch effort to survive and uncover his assailants.

Storyline
Frank (Bruce Willis) is retired, bored and lonely living off his government pension in a nondescript suburb in an equally nondescript house. The only joy in Frank's life are his calls to the government pension processing center when he gets to talk to his case worker Sarah (Mary-Louis Parker). Sarah is as bored and lonely as Frank and marks her conversations with the unknown Frank and her spy novels as the only things fun in her life. When something in Frank's past forces Frank back into his old line of work and puts an unwitting Sarah in the middle of the intrigue, Frank and Sarah begin a journey into Franks past and the people he used to work with. Like Frank they are all RED … Retired Extremely Dangerous.

Taglines:
Looking For A Little Action.

Brian Cox and Helen Mirren play a Russian and British spy, respectively. In real life, their ancestry is reversed: Brian Cox is British and Mirren, though born in England, has Russian ancestry.

Revealing mistakes:
(At 15:52) In the limousine when William Cooper opens the file on Frank Moses, the picture is reversed, with flag, ribbons etc. on the left side of the photo.

Woman:
Thank you, Mr. Moses, please hold for your representative.


When Bruce Willis plays his indestructible yet on the surface everyday
guy he is right where the audience loves him. In RED, "Retired
Extremely Dangerous", he has a close to perfect vehicle. And, so RED
delivers in spite of a fairly ridiculous scenario of a group of ex-CIA
operatives,or which Willis is one, being singled out for execution on
the eve of the vice-president announcing his candidacy for president.


We get the message from the first that Willis is somewhat lonely and
bored with retirement and is searching for a companion to make his new
life matter. He isn't aching to get back to fast track, but is
venerable and is fixated on a kind and cheery voice on the other end of
the phone line when he complains about not getting his pension checks
(he tears them up just to talk to his "handler"). He arranges a meeting
with the sweet sounding gal just prior to everything falling apart
because the CIA sends in a "wet" team to erase him. As suspected the
CIA, as well as most all the resources of the government, are not up to
the task.

Willis reassembles his old team, all in his age bracket or older, in
order to survive. That team, if not on the surface a formidable threat,
is pure cinematic gold as it consists of excellent performances by
Morgan Freeman, John Malkovich, and Helen Mirren. It is almost
impossible not to like this film because of the wonderfully
entertaining supporting cast. In fact Malkovich steals the show
providing the correct dosage of crazed comic relief. This leads to
impossible feats making for deliciously served up entertainment; all
with a "nod-and-a-wink" that cuts through the unbelievable. Great
action with comedy! Richard Dreyfus turns in a solid performance as a
spoiled smart-ass (uber-wealthy and powerful) arms dealer who pulls
strings behind the scenes. And, Ernest Borgnine has a cameo role which
is memorable.

It's a character driven action comedy that truly is RED (ridiculous,
entertaining, delightful). This movie gets a 7.5 and, as such, is hard
to fault in spite of being pure light-weight fluff. See it and smile.

TagsUSA
Arthur 3: The War of the Two Worlds
Biutiful