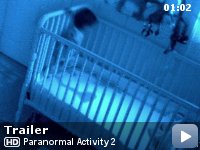 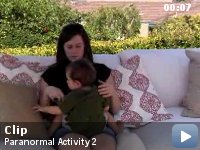 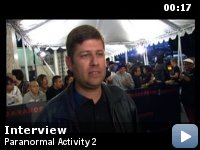 After experiencing what they think are a series of "break-ins", a family sets up security cameras around their home, only to realize that the events unfolding before them are more sinister than they seem.

Storyline
Daniel Rey along with his wife, Kristi; daughter, Ali; toddler son, Hunter, and their dog, move to Carlsbad, California. A few days later their residence is broken into, however, nothing appears to be missing. In order to prevent re-occurrences, they install a number of security cameras that will record everything on a DVR. After they hire a Spanish-speaking nanny to look after Hunter, she informs them that there is something wrong in their house and performs prayers, much to the chagrin of Daniel, who lets her go. He will subsequently regret this decision as more inexplicable and strange incidents occur, with Ali concluding, after a research, that their house may be possessed by a demonic entity.

Taglines:
In 2009 you demanded it. Nothing can prepare you for what's next.

As with the first film, Paramount Studios utilized world-renowned paranormal expert, Christopher Chacon, to assist in internationally promoting and publicizing the film.

Continuity:
When Ali is alone at the house babysitting Hunter, she hears a knock at the door and goes outside to investigate then the door slams behind her. The view we get from the CCTV Camera clearly has the time in the bottom right hand corner. But when Ali shows the CCTV tape back to Dan there is no time in the bottom right hand corner of the screen.

Kristi Rey:
Welcome home, Hunter, this is your house. Gonna look out that window. There's your front door.

Will you like it? The answer is, "it depends".

When looking through reviews on this site I've noticed that it seems
most people who weren't impressed with the first one like the second
one more and those who absolutely loved the first movie were somewhat
disappointed with the second.

I think this is because the first one had more build-up and a slower
pace that gradually came to it's climax. The second one instead went
from harmless innocent events and not much happening to BOOM – death!
So I think it has to do with the person's patience and preferences as
to which style they prefer. Personally, I prefer PA1's style and think
it allows the dread to intensify as it grows and grows with each scene.

TagsDVR USA
Mysteries of Lisbon
The Other Woman