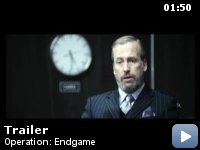 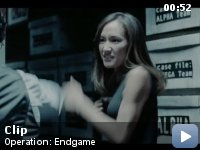 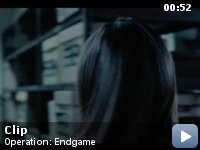 A battle ensues among groups of government spy teams in an underground facility after their boss is assassinated.

Storyline
A dry action-comedy about two teams of government assassins working out of a top-secret underground facility using code names from the Tarot deck. When our hero–The Fool–arrives for his first day at work to find that the boss has been killed under mysterious circumstances, he must find the killer before the whole place blows up.

Taglines:
Two rival teams of assassins. One killer day at the office.

The original script, "The Rogues' Gallery," was a 2004 Scriptapalooza finalist and tied for "Best Comedy" at the Screenwriting Expo 3 Screenwriting Contest.

Revealing mistakes:
Halfway through the fight scene between High Priestess and Tower, two of the shots of High Priestess are clearly flipped – all of the labels of the boxes in the background are suddenly backwards in those two shots.

Magician:
I just… I can't imagine not waking up tomorrow, you know?


Reading the plot summary I went in thinking this would be all mindless
action. The action is pretty mindless, but the movie is really more
comedy than anything else. The dialog is the real treat here
(especially that delivered by Rob Corddry).

We're taken into an unexpected world, where American covert operatives
are shown to be unglamorous, ultra-jaded, and a little crazy, like your
average caricature of a stereotypical office environment, complete with
cubicles, water coolers and fluorescent lights. It's far from the suave
and sophisticated spy life normally depicted.

It seems like a typical day at the office, until something goes
terribly wrong and suddenly everyone starts killing each other. Though
still cracking jokes and making sarcastic banter.

I found the movie entertaining almost throughout. It's written and
performed well for the most part. Aside from a couple of exceptions,
the impressive cast list only play bit parts. Don't expect to see much
of Ving Rhames or Zack Galifianakis, for example. Nevertheless I
thought everyone was nicely utilized, for the amount of time they chose
to donate.

My only serious problem with the movie came towards the end, when the
movie seemed to try and offer some sort of serious message tied into
real-life events as its conclusion; which just didn't work, probably
because it didn't jive with the humorous meat of the film you just
watched. The movie works best at face value, without the backstory
that's eventually revealed. Basically it tries to be too much, when it
should've settled for just being fun.