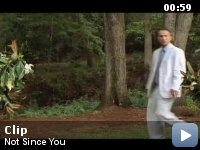 Storyline
A romantic drama about a tight-knit group of college friends who graduated from NYU the year of 9/11 and reunite years later for a weekend wedding in Georgia. Unresolved conflicts and love affairs spark again.

Taglines:
At a weekend wedding life will get complicated, love will get crowded, and friendship will bring everyone together.

The most fun you'll ever have watching a movie about an Alcoholic Hobbit.

A creepy man who looks like a rapist comes home after a 3-year journey
(to Europe, apparently to find himself), and is inexplicably horrified
to find out that his ex-girlfriend from 3 years ago is married. He
embarks upon a plan that involves sitting around and frowning, and
giving snotty looks to her kindly new male-model looking husband (who
is constantly going out of his way to be nice).

The filmmakers did not understand some of the usual visual language of
cinema with how they present this ex-girlfriend. For example, when we
first see her, she is doing her make-up with her friends. She's in the
middle, and she's the tallest. This makes her seem vain and imperious.
Later, we see her combing her hair while talking to her husband, but
not looking at him. This makes her seem cold and witchy. The actress is
very beautiful but very cold looking, with very sculpted, unnatural
features. She almost never smiles. Basically, she seems like the mean
girl in the '80's movie, or one of those girls who was mean to Toni
Collette in Muriel's Wedding.


They don't make her likable or inviting, is what I'm saying, so we
can't relate to the creepy guy's fascination with her. Actually though,
they do seem made for each other, because just as she is plastic and
icy, he is sinister and ominous. Come to think of it, they are very
like Heathcliff (not the cat) and Catherine from that Kate Bush song
Wuthering Heights.

Meanwhile, his other friends cope with their own earth-shattering,
soul-destroying problems. One of them is a tiny, babbling man who does
everything he can to irritate the crap out of everyone around him. He
not only is a salesman trying to pitch ideas, but he never ever stops
talking. He is stunned that a girl dumped him for a quieter friend of
theirs. When he is not badgering rich people about investing in his
simple ideas, he is picking fights in public, walking around with a
shotgun, and splashing people in the pool.

(What he acts like is that little dog from the old Warner Brothers
Cartoon that always ran around the bigger dog, talking nonstop about
what great pals they were.)

Babble Guy's ex-girlfriend who dumped him for Quiet Guy just wants to
get married. Quiet Guy apparently keeps putting it off or something. He
may or may not be waiting for Babble Guy to stop holding a grudge, it's
not too clear. There isn't any more to their characters than that, so
they are easy to describe. She pressures him about getting married and
complains about him, and he tries to fend off Babble Guy's random
physical assaults. Babble guy is tiny but feisty, like a kitty-cat.

A third friend is a man who looks just like a hobbit, or like Lars
Ulrich. He is an alcoholic, but not one who does any of the problematic
things that real alcoholics do. He doesn't stink, pick fights, vomit a
lot, have health problems, annoy people, lose money, fail to show up
when expected, wake up in strange places, be mean, cry a lot, get into
accidents, or any of the other things alcoholics do that make them
impossible to be around. All he really does is take naps on pool chairs
or porch swings. So, he is a cute, cuddly alcoholic who might smell
like Downy fabric softener. Luckily for him, a perfect, kindly,
beautiful white girl decides that he is exactly the man she's been
looking for, and she walks around their little town with him a lot.
After he responds to her sexual overture with a tearful confession, all
of his mental problems lift from his shoulders and drift away like a
cloud on a summer's morning.

This movie has a very nice musical score, and a pretty scene with some
fireflies. I was glad that they didn't set that scene to the song
"Fireflies", so kudos. That scene unfortunately ends in a zoom-in
close-up of Rapist Guy's face, as he apparently realizes something
creepy, and he gives a terrifying serial killer smile at the camera.
They cut to another scene before he can break out into a maniacal
laugh. (Oddly, when you find out what he figured out, it's just that he
and the ex-girlfriend aren't right for each other.)

If you want to see the tough guy who always beats the crap out of
everybody on Leverage be a nice, sweet person, he plays the Ice Woman's
new husband.