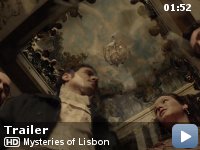 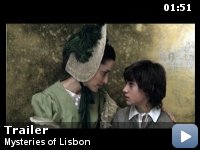 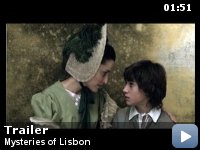 Follows a jealous countess, a wealthy businessman, and a young orphaned boy across Portugal, France, Italy and Brazil where they connect with a variety of mysterious individuals.

Storyline
Follows a jealous countess, a wealthy businessman, and a young orphaned boy across Portugal, France, Italy and Brazil where they connect with a variety of mysterious individuals.


Well this is pretty exciting stuff, four and a half hours of Raoul Ruiz
back on top form. It's an adaptation of an eponymous 19th century novel
by Camilo Castelo-Branco, who is a very famous author in Portugal, the
first professional Portuguese author. I think that Ruiz and
Castelo-Branco may have been birds of a feather, both known for being
extremely prolific artists, Castelo-Branco managed to produce over 260
books whilst this movie is Ruiz's 111th. Superficially one could
compare the movie to Wojciech Has' The Saragossa Manuscript (1965) in
the way, in the style of Scheherazade, stories generate out of one
another. But I think, given the large level of inter-relationships
between the stories (what's really being revealed is a web), a more apt
comparison may be to Victor Hugo's Les Misérables.


This is quite a dark movie, it opens with the description that "this
work is not my child, nor my godson… this work is a diary of
suffering". The young narrator says, in comparison to the other
children at the religious school he's at, "I never went on outings, nor
had holidays, nor presents". His presence at the school and his
identity is a mystery to him, he has no last name and is known only as
"Joao". His story sprouts into others, which are generally to do with
love. The movie is perverse in the extreme, there is a ball at one
point in the movie which sums up the atmosphere, the musicians play
weird lilting African lunduns for the guests to dance to, which is the
latest fashion, along with the pointing of fingers, all the while the
guests maliciously gossip. This is in marked contrast to the official
Catholicism of Portugal, that one never really gets any sense of in the
movie. Although ones honour and reputation may be lost by a single
indiscreet kiss, honour is only a thing of extreme superficiality, to
be seen as honourable is to be honourable.

The length to which love annihilates the characters in the movie is
quite astonishing at times, and brought me to the brink of tears. The
Duchess of Cliton is a case in point, a once innocent woman, who
describes herself as "mechant", and breaks the hearts of men at will.
At one point, she is manipulating a portly baron, who has been nothing
but kind to her, and simply bursts out in laughter, revelling in her
power. She has to leave the room and then come back. The baron is
totally undeterred, just as the young man who Cliton tells she is a bad
woman simply refuses to believe her. Her beauty gives her a halo and
power that is sheerly wicked. There's also a lot of sexual jealousy in
the movie too, and the fires of this jealousy are stoked to ruination,
in a way which provokes awe.

There's a sense of romantic progression from early extreme romantic
sentiments, pure love, which is shattered by heartbreak, and leads
either to misery or to revenge, where the person who has had their
heart broken becomes a heart breaker to regain their power. There's a
kind of perversity to everything, people are always spying on events
from a distance, and a place of extreme duplicity is described as a
"temple to sincerity", which in a way it is.

My favourite scene perhaps is set in a grand room in the University of
Lisbon, which, it is pretended, is the Portuguese embassy in Rome. Two
seats are bought into a room that is bare except for the most
magnificent frescoes, a conversation ensues in which one man declares
his intention to withdraw from life, he is to take religious orders
instead of performing a cowardly annihilation of his own body. At the
end of the scene the conversant withdraws and the two chairs are taken
away, the man is left with nothing but the frescoes, a metaphor for his
memories, which are the only thing that remains for him of the world,
he focuses on part of a fresco and collapses. This is how mise-en-scene
should be! Ruiz got the director of photography to watch Time Regained
and a couple of other Ruiz movies beforehand. This confirms to me a
suspicion that Ruiz always maintains ultimate control over the look of
the movie. Here it's all trademark shooting, with elements in the
extreme foreground of the shot framing action in the background, or
vice versa. The camera movements in the mostly interior scenes are also
extremely intricate. It's a gorgeous looking movie. The bag of tricks
comes out as well, at one point a painting comes to life when Joao
looks at it, in a threatful shot that can only be described as
gobsmacking.

The movie has a definite colour palette, all shades of gold mostly,
with dark greens and greys, yeah it's a stunner.

There is a longer version at six hours that will shortly be screened on
Portuguese television. Ruiz in fact prefers the cinema version because
the TV version has to have it's tempo fiddled with so that each of the
six episodes it splits into ends on something of a cliffhanger. There
is also one very powerful scene included in the movie which is not on
the TV series, this is where it is revealed what is behind the locked
door of Father Dinis.

If you liked this, prepare yourself for more. Ruiz has declared the
intention to make a sequel based on the Castelo-Branco novel "livro
negro de Padre Dinis" (the black book of Father Dinis). Ruiz is
unstoppable, he made this highly intricate and long movie in 14 weeks,
during which time he underwent surgery! Mysteries of Lisbon is an
extremely special and very significant movie.