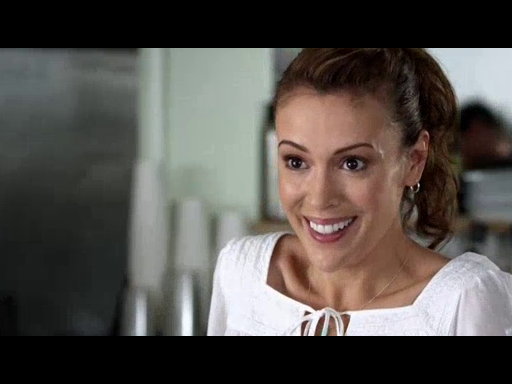 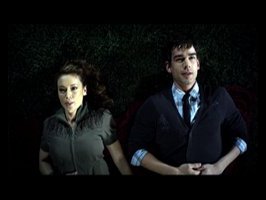 Jesse meets Ethan, someone she could finally fall in love with, but then she meets Troy, and now she has a dilemma.

Storyline
Jesse, in a moment of bold self-confidence, introduces herself to Ethan, a struggling writer. And then in walks Troy, and in a moment of bold self-confidence, he introduces himself to Jesse. Jesse falls in love with both men, who happen to have a lot in common but still seem very different. What will happen when Jesse has to tell the truth?

Taglines:
The story of a girl who meets her one true love… Twice

Before directing this movie, Daryn Tufts wrote and acted in a film entitled "Stalking Santa." The theatrical poster for this film is framed and hanging in Ethan's apartment. It can only be seen obscurely, in the living room, hanging next to the entrance to the kitchen.

Revealing mistakes:
When Jesse visits Ethan's sister and her family for the first time her son can be clearly seen mouthing his sister's lines at the same time.

A love story with a twist.


My Girlfriend's Boyfriend stars Alyssa Milano (Charmed) as Jesse, an
unlucky-in-love woman who recently gave up on finding the right guy,
all until two perfect men walk into her life. Jesse must try hard to
keep it a secret from her two suitors, while attempting to find out
which one will have her heart.


– I was watching this movie with little expectations, All rom-coms seem
the exact same to me, the same cliché's and obvious plots. But I can
gladly say I was very surprised by this unique rom-com. Alyssa Milano
still looks as youthful as ever and her acting is good. Christopher
Gorham plays one of the love-interests and shines throughout the movie,
the chemistry was great between them. Tom Lenk plays Jesse's brother,
who provides a comedy side-plot that definitely made me laugh.

– The only problem I had with this movie was that it got a little
boring at times and scenes were dragged out longer than they could have
been.

– During the end of the movie, there is an interesting twist in the
tale, one that did indeed catch me by surprise and was something I'd
never seen in a rom-com before.