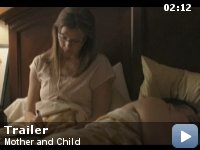 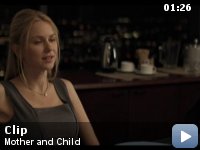 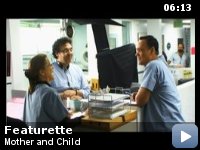 A drama centered around three women: A 50-year-old woman, the daughter she gave up for adoption 35 years ago, and an African American woman looking to adopt a child of her own.

Storyline
Almost forty years ago, a young girl of fourteen has sex, gets pregnant, and gives her baby up for adoption. Fast-forwarding to the present day, we meet three very different women, each of whom struggles to maintain control of their lives. There's Elizabeth, a smart and successful lawyer who uses her body to her advantage. Any time she feels that she doesn't have the upper hand, and cannot control the situation, she uses her sex appeal – whether that be starting a romance with her boss when she suspects he is trying to start one himself, or finding some way to control her overly friendly neighbor and husband. Karen, meanwhile, is a bitter health care professional who obviously has a lot of heart but never shows it. She gave up a daughter at the age of fourteen (wonderfully shown rather than told, she is the young girl and mother of Elizabeth), and has never gotten over it – her bitterness inspiring her to lash out at everyone around her…

Despite playing mother and daughter on film, in reality Annette Bening is only 10 years older than Naomi Watts. Nevertheless, Bening's character gets pregnant at 14, so their age difference shouldn't be much more anyway.


Caught this one at TIFF, and it was one of the best movies of the
festival. Rodrigo Garcia directed "Nine Lives", which may be familiar
to some audiences. That one was from 2005 and wove together a series of
short vignettes. Garcia has a wonderful sensibility at portraying
female characters in that one, and in "Mother & Child" he builds upon
it even further as the movie centers around the theme of adoption and
how it affects three adult women, played by Annette Bening, Naomi
Watts, and Kerri Washington.


I suppose this will get the "chick flick" label upon it's release, but
for any lover of good dramas with characters you can sink your teeth
into, that shouldn't matter, and besides, when did it become
unfashionable for grown men to see movies with attractive female stars
in them? There isn't a false moment or a scene that doesn't ring true,
and I found myself so involved in the particularities of all the
characters we meet that it no longer mattered to me what happened next,
it was more interesting to get inside the shoes and take a walk inside
the lives of these characters, so well fleshed out by all the stars
here. So many big movies from America often feature adults behaving
like children, and so it's ultimately refreshing and quite moving to
follow the characters in "Mother & Child" who are going through very
adult problems and acting like adults throughout, even if sometimes
they fall or crack or are flawed.

I think Bening and Watts, playing two very complicated and difficult
women, should be nominated for Oscars. This movie takes material that
could have been dumbed down and made into a TV movie of the week, but
instead Rodrigo Garcia elevates the film by really listening to his
characters. A wonderful movie, not just for women, but for all adults
who like good movies, and for all film-goers who especially like
"hyperlink" movies, that is, movies that deal with a multitude of
characters while letting each of them take the wheel of the car.
Terrific.

TagsUSA
The Losers
A Nightmare on Elm Street