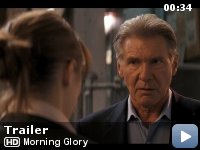 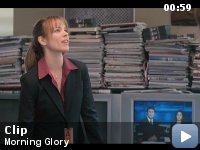 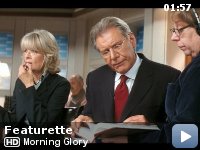 Storyline
Becky (Rachel McAdams) is a hard-working morning TV show producer, or at least she was until she got fired. Desperate to get a job, she finally gets an interview with Jerry (Jeff Goldblum) – who is desperate to hire a producer for the struggling show "Daybreak". Becky accepts the job and it proves to be more difficult than even she might be able to handle. She has to fire the sexist co-host, then try to convince egotistical news reporter, Mike Pomeroy (Harrison Ford), to take the job, and then try and get him to actually do the job, properly. And she has to do this while falling for handsome Adam (Patrick Wilson), and trying to save the show from plummeting ratings. Will Becky be able to hold on to her dream job and her sanity?

The shooting location for the fictional IBS news studio is an actual television studio used for news and entertainment programs, located at 1114 Avenue of the Americas in New York City.

Continuity:
When Becky argues with Mike outside the IBS building, the position of her fringe changes several times between shots.


Rachel McAdams leads the way in this surprisingly refreshing flick as
the workaholic television show producer, Becky, who lands the job of
organizing "the worst morning show ever". She only has a short time to
save the show's plummeting ratings, and in doing so must battle with
low worker morale, conceited anchors, poor working conditions, as well
as her own inadequacy in dealing with guy-problems. Desperate for a
change, she recruits the legendary newscaster Mike Pomeroy, played by
Harrison Ford, who is less than willing to cover any story he does not
consider "worthy of his reputation".


The film brings not just a comic story of working with grumpy people,
but the beautiful emotional tale of a girl who realizes her dream of
being a television producer and, by pulling everyone together against
the odds, creates a family in the process. But where the story is
rather run-of-the-mill, the chemistry between the impressive cast is
the movie's redeeming quality. Across the board, acting was fantastic,
and in all honesty the movie owes its success to McAdams and Ford.
Rachel McAdams should be commended for her frustrated role as Becky,
and has proved that she has much more to offer than a just pretty face.
Harrison Ford, perhaps the true star of the show, fully embraced the
character of Pomeroy did a wonderfully fantastic job being grumpy,
conceited, and an all-around "asshole" in one of his best roles as of
late.

Morning Glory is a nice tale that will leave you with a sweet taste in
your mouth. Combined with some real solid acting, this is not a movie
you'll regret checking out!