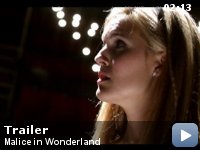 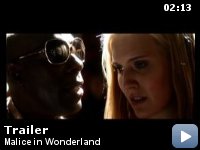 A modern take on the classic fairytale, Alice in Wonderland, set in the North East of England.

Storyline
An American law student in London. Knocked down by a black cab, she wakes with amnesia in a world that's a million miles from home – Wonderland. We follow her adventures as she's dragged through an underworld filled with twisted individuals and the lowest low-lifers, by the enigmatic cab driver, Whitey. She needs to find out who she is, where she's from and use what wits she has left to get back home in one piece. As her journey progresses she discovers nothing is what it seems, realizes that fate and life are terminally entwined, and finds true love lurking in the unlikeliest place.

Taglines:
Out of time…out of mind.

Some of the characters in the movie are based on characters in the 'Alice in Wonderland' book. For Example, Whitey (Danny Dyer) is the White Rabbit. The main character Alice is Alice. Gonzo (Matt King) is the Dodo. Harry Hunt (Nathaniel Parker) is the King and Queen. Hattie (Bronagh Gallagher) is the Mad Hatter. Midge (Steve Haze) is the Doormouse. DJ Felix Chester (Gary Beadle) is the Cheshire Cat. Caterpillar (Paul Kaye) is the Caterpillar. The Duchess (Pam Ferris) is the Duchess who sneezes from the pepper and gives Alice a baby that turns into a pig. Tweedle Dee and Tweedle Dum are Tweedle Dee and Tweedle Dum. The man that Alice sits next to in the 'Drink Me' bar with the long mustache is the Walrus from 'Through the Looking Glass'.

Hooker:
Think yourself smart. I wish it was me. Take for your head and be who you wanna be.

Alice:
But how can I be who I wanna be when I am who I am?

Caterpillar:
When memories come back, some you keep and some you trash in the can.

Hooker:
You've been dealt the cards, just rearrange the deal.

Caterpillar:
We pick you up one, we drop you down two.

Alice:
If I get to the party, My driver's inside…

Caterpillar:
No access to the party without an invitation.
[…]

With not a lot of money but a bundle of ideas, director Simon Fellows
and writer Jayson Rothwell, have come up with a massively entertaining
twist on the classic tale, Alice in Wonderland. Only this time it's a
young woman with amnesia, a taxi-driver, assorted gangsters, druggies
and weirdos who feature.

At the same time, Malice in Wonderland stays true to the novel on which
its based, proving that old ideas can still be the best; same story,
new version, as it were.

Maggie Grace makes an interesting Alice, here a young American on the
run from (and also towards) something, if only she knew what. Some of
the dialogue between her and Whitey, the taxi driver, is excellent.
Scratch that! A lot of the dialogue is excellent, with some great lines
to cut out and keep for future use.

It's clear that a low budget has been made to go a long way, but view
it as a lot of bang for low bucks and not as cloth being cut too
thinly. What surprises about this film is just how assured it is.

Quibbles? Nothing of note, really. It would, theoretically, be nice to
have seen what would have resulted had the production budget been
higher, but then the film would perhaps have lost some, if not all, of
its edge.

As a calling card, Malice in Wonderland shows some real talent at work.
The basic question, is it worth paying to see? Absolutely!