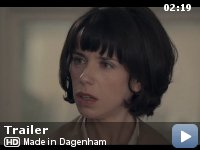 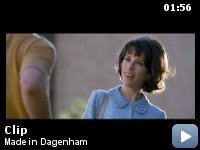 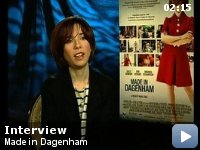 A dramatization of the 1968 strike at the Ford Dagenham car plant, where female workers walked out in protest against sexual discrimination.

Storyline
In 1968, the Ford auto factory in Dagenham was one of the largest single private employers in the United Kingdom. In addition to the thousands of male employees, there are also 187 underpaid women machinists who primarily assemble the car seat upholstery in poor working conditions. Dissatisfied, the women, represented by the shop steward and Rita O'Grady, work with union rep Albert Passingham for a better deal. However, Rita learns that there is a larger issue in this dispute considering that women are paid an appalling fraction of the men's wages for the same work across the board on the sole basis of their sex. Refusing to tolerate this inequality any longer, O'Grady leads a strike by her fellow machinists for equal pay for equal work. What follows would test the patience of all involved in a grinding labour and political struggle that ultimately would advance the cause of women's rights around the world.

Sandie Shaw who sang the film's title song used to work as a punched-card operator in the Ford plant at Dagenham several years before the events depicted in the film.

Revealing mistakes:
Whilst the interior of Lisa Hopkins' 1600E Mk 2 Cortina was in fairly good shape for a 42 year old car, it was pretty ropey for a brand new car which it would have been at the time the film was set in.

Barbara Castle:
I am what is known as a fiery redhead. Now, I hate to make this a matter of appearance and go all womanly on you, but there you have it. And me standing up like this is in fact just that redheaded fieriness leaping to the fore. Credence? I will give credence to their cause…

Superbly written and performed, a true tale for our tough times


Made in Dagenham has brilliantly broken the mould. It combines the
clear, explicit and nuanced politics of the best of Ken Loach with the
heart-grabbing attractions of any mainstream popular film you care to
name. The brilliant scene where Sally Hawkin's modest and unpractised
union rep spells out why the job she does is skilled is a metaphor for
the whole movie. Politics isn't hard to understand – it's our lives,
stupid! I cannot think of a previous British film with a mainstream
aesthetic that has had the guts before to put the ordinary workers'
point of view so wholeheartedly at its centre. But this is no
simplistic idealised narrative. Going on strike, as the women find,
makes you very unpopular, not least with the very people you'd thought
would support you – the Union leadership and your fellow (male)
workers. Nothing is a cinch, nothing too easily won and Sally Hawkins
brilliantly portrays the thorny predicament of the figurehead of the
struggle beginning to doubt her own single-mindedness and how much it's
costing not just her family but the entire town (and possibly the UK's)
working community. Made in Dagenham shows a true story in a truthful,
thoroughly engaging way. There is not one bum note in any of the
performances – from Kenneth Cranham's sleazily compromised Union
official, to Rosamund Pike's surprisingly moving posh wife, to Jamie
Winstone's wannabe model – everybody has a committed credibility
without ever being worthy or cloying and Sally Hawkins (with a
startling look of the young Rita Tushingham) plays a richly layered
blinder in the central role. Huge hats off to the writer Billy Ivory
who has written a bright, funny, completely unpatronising and clever
script. And a big, big thank you to producers Stephen Woolley and
Elizabeth Karlsen for the guts to get right inside the truth of this
big, big story that started in a little place.