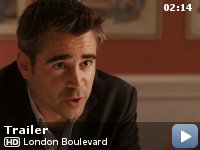 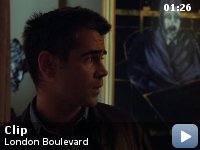 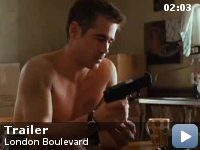 An ex-con hired to look after a reclusive young actress finds himself falling in love, which puts him in direct confrontation with one of London's most vicious gangsters.

Storyline
Mitchel ('Colin Farrell' ) just got out of jail and wants to stay legitimate but his friends involved in the messy London underground fear him and wants him to join them again but Mitchel tries his best to stay away. He gets himself a job as a bodyguard for a retired actress Charlotte (

Taglines:
Not every criminal wants to be one.

The Chinese words on the package are the title of "The Departed", which is written by William Monahan as well. Infernal Affairs (the movie The Departed was based on) was incorrectly called "a Japanese film" during the 79th Academy Awards; Jordan emphasizes "he got it from Hong Kong" here.

Continuity:
When the copper first appears at the flat where Mitchell is staying, he clearly introduces himself as 'Detective Sergeant Bailey'. But in the credits he is identified as 'DI Bailey'.

Welcome to the disappointment


In a lot of ways, this is a puzzling movie. Every single element of it
is so right, so how does it end up being so completely uninvolving that
I ended up nearly falling asleep halfway through? The problem isn't the
casting; Colin Farrell makes a hell of a gangster, all smouldering
machismo stomping through the streets of London. And with a supporting
cast that includes Eddie Marsan (sleazy), David Thewlis (sleazier) and
Ben Chaplin (sleaziest, and very, very good), Farrell has some
excellent support. Ray Winstone has never been scarier, but of all
people it's Anna Friel who takes the acting honours as Farrell's
sister, a woman who out-sleazes Marsan, Thewlis and Chaplin combined.

The problem isn't the locations, or how true to life they are. I lived
in London for a long time, and I've rarely seen the city depicted
better, all back streets and alleyways with nasty bastards lurking
around every grubby corner. Considering the film's writer and director
William Monahan is from Boston, I was worried that this might be the
tourist's eye view of London, but that really isn't the case. The film
positively drips with atmosphere, and the expletive-heavy dialogue
rings true.

And yet it all sits there, lifeless on the screen, a collection of
images and characters that seem only vaguely related to one another. It
doesn't help that the main plot – will Farrell become a proper
gangster, or will he end up with Keira Knightley's way-too-good-for-him
actress – is hardly new. But that doesn't have to be a deal breaker,
and there are plenty of interesting minor characters to pass the time.

The problem is really that the film feels rushed. Those minor
characters aren't given nearly enough time – Marsan gets three scenes,
none of them remotely important to the plot, and even Anna Friel
doesn't get a lot to do. She's still better off than Stephen Graham and
Sanjeev Bhaskar, great actors who are cast in completely pointless
roles that could have been played by anyone. And so much of this movie
feels tacked on, from the dozen or so subplots, to Winstone's pointless
murder of the wrong man halfway through, to the stalker, obviously
based on Mark David Chapman, who makes several ominous appearances and
is then dismissed in a single line of dialogue.

If some subplots and characters are pointless, though, the ending made
me feel that way about the whole damn film. Without giving too much
away, it's a horrible, limp lettuce of an ending, with none of the
resonance that the film-makers clearly thought it had achieved. That's
the film in a nutshell – it wanted to be profound, but ended up as a
giant 'so what?'