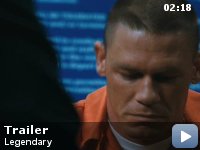 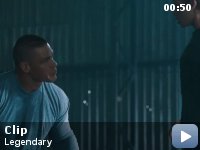 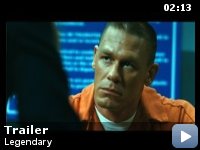 A book-smart teenager joins his school's wrestling team as a way to reunite his surviving family members, who split apart after the death of his father, a college wrestling legend, 10 years ago.

Storyline
Coming of age in small-town Oklahoma. High schooler Cal Chetley is a brainy beanpole who lives with his widowed mother. Ten years earlier his father, a state wrestling champion, died in a car crash. Cal's older brother Mike, also a former wrestling champion but now down and out at 28, is estranged from the family. Over the course of a fall and winter, Cal joins the high school wrestling team while searching out Mike to ask for help. Mike rejects the offer, but Cal is persistent. Will Mike accept the challenge or is he destined to let Cal down? Giving advice and encouragement are an enigmatic old man named Red and a quirky friend named Luli. Then, there's Cal's mom who must be reckoned with.

Guy
/
Son of a bitch

Taglines:
Some Legends are born out of Struggle.

In the USA, there was a mere 18 days between the theatrical and home video releases. This is possibly a record for the shortest amount of time it has ever taken for any film to go from the cinema to home video in North America. On September 10, 2010 the movie was released in a limited capacity theatrically, and it was released on September 28, 2010 on DVD (sold exclusively at Walmart) and Blu-Ray (sold exclusively at Best Buy). The DVD and Blu-ray were later released to all national retailers on December 28, 2010.

Sharon Chetley:
There are things about Mike you don't know, Cal doesn't know. You know, it turns out he wasn't as unbreakable as everybody made him out to be. Nobody is.

Coach Tennent:
You know, if I say no to Cal, you're just asking for a different kind of trouble. I'll tell you what I'll do. How about I watch him just to make sure he's out there for the right reasons?

Sharon Chetley:
And if another Mike shows up at tomorrow's practice, willing to sacrifice everything in his life for this, you're-you're gonna tell him to ease off?

Feels like a 'Hallmark Hall Of Fame' TV movie!


'LEGENDARY': Two and a Half Stars (Out of Five)

John Cena stars in his first family friendly dramatic film, which is
also a first for the studio behind the film (WWE Films). WWE Films has
produced all of Cena's films ( 'THE MARINE', '12 ROUNDS' and now this)
and I'm sure their involvement in the film was the reason for Cena's
casting. WWE and Cena's interest in the film is a little odd
considering it feels like a 'Hallmark Hall Of Fame' TV movie. It's
directed by Mel Damski, a veteran TV director, and written by John
Posey, a veteran TV actor (who also plays Coach Tennent in the film).
So the movie has a strong TV movie feel to it and a 'feel good'
uplifting family one at that. Despite this it was released in theaters
(in a limited run) for 18 days before taking the video rout. It would
have had a much more fitting home as a Sunday night movie on CBS or
Lifetime (which it still might I'm sure).

The film revolves around a nerdy high-school student named Cal Chetley
(played by Devon Graye) who one day decides to join his school's
wrestling team. His father and brother Mike (Cena) were both wrestling
legends but his mother Sharon (played impressively by Patricia
Clarkson) is dead set against him following in their footsteps. Their
family was torn apart ten years earlier when Cal's dad died in an
automobile accident and for some reason Sharon blames wrestling for
their problems. Cal tracks down his unemployed alcoholic brother and
asks him to train him. At first Mike is reluctant to help his brother,
who he barely knows, but after Cal shows up at a hearing (for the
sentencing of a bar brawl Mike was involved in) and defends him Mike
feels obligated to return the favor. So the two train together in
secrecy behind their mother's back. This of course leads to dramatic
complications.

The movie feels a lot like watered down generic TV crap but it does
have a heart and is inspirational in a way. Cena is adequate in his
role as well as Graye. Clarkson shines like always and gives a
performance far better than the film deserves. Danny Glover has a nice
supporting turn as well. The writing and directing is decent by TV
movie standards but for a theatrically released, as well as high
profile video run, it doesn't measure up. Cena could be a decent action
star if he sets his standards higher, he's such a huge wrestling star
it shouldn't be too hard for him to get some decent roles (I heard he
has interest in doing 'THE EXPENDABLES 2' but many think he hasn't
earned it yet). With that said doing this family film isn't nearly as
atrocious as the ones The Rock has done (he also got his film career
jump started through WWE Films as well with 'THE RUNDOWN' and 'WALKING
TALL'). The movie as a whole would be worth checking out on TV with
your family.