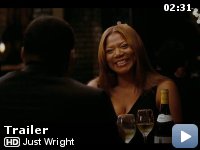 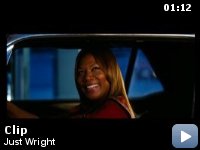 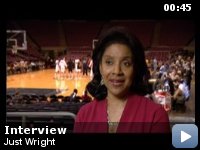 A physical therapist falls for the basketball player she is helping recover from a career-threatening injury.

Storyline
Leslie Wright is a straight-shooting physical therapist who gets the gig of a lifetime working with NBA All-Star Scott McKnight. All is going well until Leslie finds herself falling for Scott, forcing her to choose between the gig and the tug-of-war inside her heart. Oblivious to her romantic overtures, McKnight is instead drawn to the affections of Leslie's childhood friend Morgan, who has her sights set on being an NBA trophy wife. Is Leslie destined to play the role of "best friend" forever or will Scott finally see that what he always wanted is right in front of him?

Taglines:
In this game every shot counts.

Cameo:
[Paolo Montalban]
The Sommelier at Restaurant who asked to Scott McKnight and Morgan Alexander.

Revealing mistakes:
When Scott removes the cover of Leslie's restored Mustang, the car's antenna remains visible and unaffected by the moving fabric.

Queen Latifah made the film worth watching.


I saw the story that was being told and at first I thought I'd enjoy it
but I walked out of the theater with a little more emptiness than when
I walked in. It felt like there was just a lot of stuff missing from
the movie but it was thanks to Queen Latifah's performance that made it
worth the watch.

The story is about Leslie Wright (Queen Latifah) a physical therapist
who goes to a Nets game and ends up meeting her favorite basketball
player Scott McKnight (Common). After she gets him hooked up with her
no less than shallow friend Morgan Alexander (Paula Patton) she thinks
he changed her for the better. But after he gets injured she reveals
shes just the same shallow person she always was and decides to leave
him. So now with the help of Leslie, Scott is having to find the
strength to go on to save his career and maybe find love in process.
When Morgan comes back asking for forgiveness Scott has to make a
choice between the beautiful girl or the girl whose beauty shows on the
outside and inside.

While the story was good and there were a few funny moments I'm afraid
it really didn't do anything for me. The performance by Queen Latifah
saved the movie for me while it wouldn't be my first choice its a good
movie to watch just to see Queen Latifah do what she does best. But
there were performances that really didn't get to me like Queen Latifah
did. Common for about half way through the film was not putting on a
very good show. Most of the time he would make himself look pretty
naive. Like when Morgan asks for forgiveness it just looked like he
didn't learn a single thing. While I have to give the character praise
for being a man who still has faith in mankind even after what he goes
through. I think while it was annoying to see someone be so gullible
and fall for acts like those it really helped the rest of the movie by
giving the character something to change about himself and add to the
drama of the film. There were moments of comedy but nothing truly funny
to make me laugh out loud. And I think it would've been good to see
more of the problems in the relationship between Leslie and her mother
something to help add to the drama of the film.

In the end the film was enjoyable maybe if it was someone else besides
Queen Latifah then the movie would've been ruined for me. Every time
she went off screen I wouldn't shut my eyes because I knew she'd be
back in just a minute. A movie mostly meant for people who just want to
see Queen Latifah at one of her best moments.