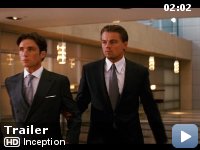 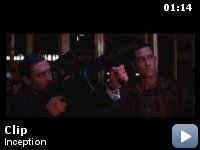 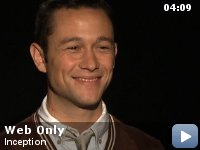 In a world where technology exists to enter the human mind through dream invasion, a highly skilled thief is given a final chance at redemption which involves executing his toughest job to date: Inception.

Storyline
Dom Cobb is a skilled thief, the absolute best in the dangerous art of extraction, stealing valuable secrets from deep within the subconscious during the dream state, when the mind is at its most vulnerable. Cobb's rare ability has made him a coveted player in this treacherous new world of corporate espionage, but it has also made him an international fugitive and cost him everything he has ever loved. Now Cobb is being offered a chance at redemption. One last job could give him his life back but only if he can accomplish the impossible-inception. Instead of the perfect heist, Cobb and his team of specialists have to pull off the reverse: their task is not to steal an idea but to plant one. If they succeed, it could be the perfect crime. But no amount of careful planning or expertise can prepare the team for the dangerous enemy that seems to predict their every move. An enemy that only Cobb could have seen coming.

Taglines:
The dream is real.

When Cobb gave Ariadne the puzzle test, Ariadne's final solution was a diagram of King Minos' Labyrinth. Ariadne is the name of King Minos' daughter in the same mythology.

Incorrectly regarded as goofs:
Cobb tells Ariadne to draw a maze in two minutes that takes more than one minute to solve. She eventually draws a circular maze. The circular maze is actually unsolvable. However, it is clear that Cobb means a maze that cannot be solved in under a minute, rather than one which takes exactly 1 minute to solve.

Saito's Attendant:
He was delirious but asked for you by name. Show him…

Japanese Security Guard:
He was carrying nothing but this…
[gun]

Saito:
Are you here to kill me?

Matrix but in dreamworld? Nah.

I'd like to keep my review rather to the point.

Pros: 1. its theme – dream is a fascinating topic to say the least.
There are a lot of unknowns in dreamworld.

2. its plot – there are several sweet twists and unpredictable turns.

3. its edgy drive – although you know what's coming next, still you
feel jumpy about it when it does.

4. its rapid storyline – the story moves fast from one scene to
another, making the viewers feel like on a roller coaster ride. At
times, it's hard to keep up, even after watching it several times.

5. its sophistication – there is a lot of information to remember and
digest. This is the very thing the modern moviegoers are after, I
believe.

6. its realism – okay, pun intended. The movie explains (or at least
tries to) the ins and outs of what dream is about and how it functions,
some of which are very familiar with and dear to us.

Cons: 1. its poor character development – although the acting was
convincing enough there was not enough of character development. I
wonder how many people really felt connected to the main character(s)
after watching the movie. Yes, the movie talks about emotional
struggles but it was more of an action film than anything else, if you
ask me.

2. too many distractions – I found that the movie had more characters
than necessary. They may play certain roles in the plot but they seemed
more of distractions than anything else. I wish the movie was more
focused.

3. a bit preachy – I noticed that the characters would explain things
about dreamworld and then the exact things happen later in the movie.
I'm afraid, Inception overused this trick.

In conclusion, its theme is fascinating but its delivery is not without
room for improvement.

I highly recommend you to go and read Somewhere carnal over 40 winks,
if you dig this kind of flicks.