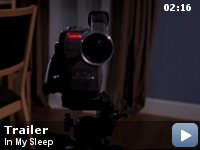 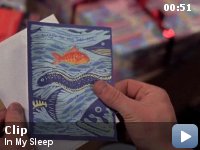 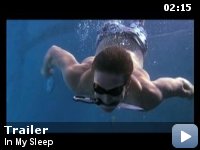 In this edge-of-your-seat thriller, Marcus struggles with parasomnia, a sleepwalking disorder that causes him to do things in his sleep that he cannot remember the next day…

Storyline
In this edge-of-your-seat thriller, Marcus struggles with parasomnia, a sleepwalking disorder that causes him to do things in his sleep that he cannot remember the next day. When he wakes up with blood on his hands and a knife at his side, he is startled to hear that a close friend has been found stabbed to death. Marcus frantically tries to put the pieces together – could he have murdered his friend while sleepwalking to hide a dark secret between them? The police close in as Marcus investigates his own nocturnal activities, desperate to figure out what happens after he goes to sleep. His journey to uncover the truth leads him to a shocking revelation.

Taglines:
Sleepwalking can be deadly.

Writer/Director/Producer Allen Wolf created a board game company – Morning Star Games – to help raise financing for the movies. He created five games that won awards (including Toy of the Year) and are now distributed around the world. Each game has a message on the back signed "Allen Wolf, filmmaker." The games are You're Pulling My Leg (which appears in the movie), Slap Wacky, You're Pulling My Leg Jr, Pet Detectives and JabberJot.

Continuity:
When Becky brings Marcus the lemonade, she puts the glass aside the pool. Later when they talk it's gone and back again between shots.


It's a fairly clever concept and somewhat original in a sense though
most of us have seen similar concepts a few times before. The acting is
good and I think that's what makes this movie so entertaining for being
low budget. It's a bit above par for say a made for TV lifetime movie
that you could watch without grimacing in embarrassment for the movie
makers and actors.


At one point, you think OK it's a hoax to teach him a lesson and at
another point you think no, it's all genuine and he's so far in, he's
almost out. I got the impression that the people behind this production
may have went in half baked and when the material was working so well,
went ahead with making it a crime drama rather than washing out and
turning it into a hokey happy ending Lifetime wino flick.

I must also admit, about half way through I predicted exactly what was
taking place but it didn't spoil anything. Like I said, the acting
really sold it and they had a clever concept. Just goes to show that
budget isn't all it's wrapped up to be nor is lining your credits with
iconic names everyone knows.

Worth watching at least once.