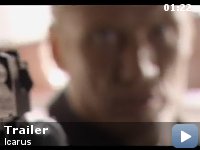 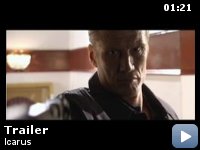 A Soviet-trained assassin is determined to escape his double life as a hitman and as a husband-father.

Storyline
There were those who called him Icarus. Everyone else knew him as a divorced father working for an investment company. But they didn't know his other side-his dark side. Because Icarus was at his best when he was killing people. For years, he'd worked as a sleeper agent in America-but when the Soviet Empire collapsed, he found himself in a foreign country with no one to trust. Determined to break from his dark past, he started over with a new identity. But you can only escape your past for so long. When a sudden mishap in Hong Kong blows Icarus' identity, past and present collide – and the assassin realizes he is now the target. The people that want him dead will stop at nothing to get to him. And that means going after what he cares about most-his wife and daughter. Fighting for his life, Icarus is forced to face the demons of his past to protect the loved ones in his present…

Taglines:
No one is safe.

The version released is the producers re-edited cut, not Dolph Lundgren's director's cut.

Continuity:
The Beretta 92FS Inox pistol used by Icarus suddenly changes to a Taurus PT92 and then back to a 92FS Inox during a shootout.

Edward Genn:
That's the funny thing about fate… if you don't follow, it will drag you where it wants to go.

A time-waster, but not bad

As the other comment (at this time) has noted, this kind of film has
been done before, and better. This is probably OK if you have nothing
better to do on a rainy day, but you wouldn't go out of your way to see
it. Audiences have an expectation that there will be a certain level of
quality from, say, the cinematography, editing, or music departments.
Unfortunately, it's lacking.


Also, how is it that I can watch this film, paid for in part by Astral,
Corus, Canadian tax credits, and BC provincial credits or fund or
something, and yet it's not clear whether the city identified as
"Vancouver" looks like Vancouver, BC intentionally, or is failing badly
at pretending to be Vancouver, WA? Given that we're in the midst of the
Olympics in Vancouver, isn't this something you'd want to get across
clearly in your movie, set in "Vancouver"?

I thought the acting was OK for what it was.

The plot was OK, for a typical shoot-everyone movie from the 80s, but
today's audiences (in other words, I) expect more in terms of dialogue.
Nevertheless, I was kept moderately interested throughout. Good for a
nothing-else-to-do day.

TagsCanada
The Twilight Saga: Eclipse
My Son, My Son, What Have Ye Done