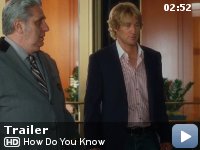 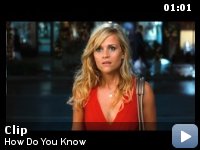 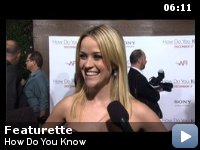 After being cut from the USA softball team and feeling a bit past her prime, Lisa finds herself evaluating her life and in the middle of a love triangle, as a corporate guy in crisis competes with her current, baseball-playing beau.

Storyline
Star softball player, Lisa, has just been cut from the national team; Scholarly business man, George, has just been indicted from his father's company. With everything that they know in their lives taken from them, Lisa and George attempt to find romance. Lisa's potential boyfriend, Matty, however, is as clueless and perpetually single as they come, and George's girlfriend just dumped him. A chance hook-up through mutual friends, Lisa and George may be able to form a friendship, or more, that can help them climb out of the piles of lemons that life has handed to them.

At one time Bill Murray was in talks to play the role of the father, but turned it down.

Continuity:
When Lisa is speaking to Matty on her phone while taking up a garbage bag, she knocks over the bin and it falls on its flat side, remaining stationary. The scene cuts to Matty who speaks for only a second before cutting back to Lisa. This time the bin is on its round side and is rolling back and forth, though Lisa doesn't seem to have moved and had practically no time to flip the trash bin.

Lisa:
I don't know if I have what it takes for everybody's regular plan.

How do you know this should not have been made?

Greetings again from the darkness. How about a little effort, folks?
Writer/Director James L Brooks and Jack Nicholson have teamed up for
three far superior films prior to this. Terms of Endearment, Broadcast
News, and As Good As it Gets are all insightful dramadies that bring
real life into relationships. This is billed as a Rom-Com, but the
romance is distant and lame, and the comedy is all but non-existent.

The very talented Paul Rudd plays George, son of Charles (Nicholson)
who is the target of a federal investigation after his father sets him
up by falsifying corporate financial documents. The problem is George
is a really nice, honest guy and Charles is a lying scumbag who would
throw his son to the federal wolves.

In a seemingly unrelated story, Reece Witherspoon plays Lisa, a very
talented softball player with an incredible track record and evidently
serious skills. She gets cut from the Olympic team because of her
advancing age (she will be 31 at the next Olympics). Lisa is dating
Matty, played by Owen Wilson. Matty is a $14 million per year major
league baseball player, who is also a player off the field.

Everyone in this story is so very nice, but screwed up in their own
way. That's actually a hopeful start. So one thing leads to another and
George falls for Lisa. Lisa moves in with Matty, who lives in the
Charles' building. Lisa then moves out. George is always there for Lisa
while her life is in shambles. George's life is in shambles too, but
all he cares about is Lisa. Any guess how this ends up? Of course you
know. This script is not built for surprises. Or romance. Or comedy.

The bulk of the comedy comes from a very pregnant Kathryn Hahn as Anne,
whose life is also a bit of a mess. She is an unmarried, pregnant
assistant to George, who worries about him, her and everything … but
she has such a big heart that she bakes and labels multiple dinners for
George.

Anyway … the best part of the film is that we never get subjected to
Owen Wilson throwing a pitch or Reese Witherspoon actually playing
softball. There is so much talent associated with this film, but it
definitely proves the point that the heart of a film is not in the
direction or the acting, but in the script. For a similar story line,
but far superior film, go re-watch When Harry Met Sally for the
eighteenth time. It has comedy and romance and a worthy script.