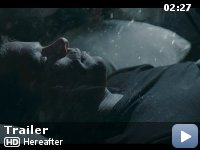 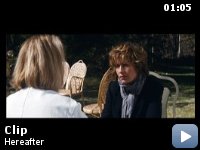 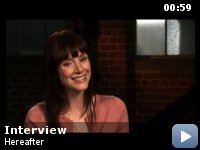 A drama centered on three people — a blue-collar American, a French journalist and a London school boy — who are touched by death in different ways.

Storyline
A drama centered on three people who are haunted by mortality in different ways. George (Damon) is a blue-collar American who has a special connection to the afterlife. On the other side of the world, Marie (de France), a French journalist, has a near-death experience that shakes her reality. And when Marcus (Frankie/George McLaren), a London schoolboy, loses the person closest to him, he desperately needs answers. Each on a path in search of the truth, their lives will intersect, forever changed by what they believe might-or must-exist in the hereafter.

The restaurant in which Thierry Neuvic and Cécile De France have dinner is Sanderens, the restaurant of chef Alain Sanderens, who became a sensation when he relinquished his 3 stars and reopened the prestigious Lucas Carton under his own name – and with a more affordable menu. Since then, the place has regained 2 stars.

George Lonegan:
Sometimes, I mean you know, knowing everything about someone, it seems nice, but really, maybe it's better to hold stuff back.

If we are Here now, we need an After


On the way home from seeing this terrific movie, I stopped at a light,
a few cars in front waiting to turn right. Around us, the sun had just
set, a full white moon was high and the reflections of brake lights
bounced off gas stations and car dealerships.

What an amazing world we live in. There is so much in the five miles
between my house and the theater where I saw the movie that I could
never experience it all. Moments arrive and disappear and the the
people shift, move, appear and disappear.

I think most of us need some kind of assurance that it all goes on
forever, that our open windows aren't just blacked over and sealed at
death.

Clint Eastwood has made a quiet, reflective, thoughtful film on this
condition, this need for forever. It's not a flashy paranormal probe of
ghosts and goblins, spirits and such.

Taking three central lives we see our need for a hereafter from a
French woman who has experienced something before being revived, from a
twin boy who has lost his brother and from a lonely man who seems able
to capture something from beyond this life. Or perhaps he just captures
something from those who come to him.

Cecile De France is stunning as a television reporter who touches her
own death and returns. Frankie (or is it George) McLaren is good as the
young boy. And Matt Damon's restrained performance is a revelation.

Eastwood has the assured hand that allows long segments in French with
English subtitles and a juncture with two disasters and such a
touchy-feely subject, and yet it works. Quietly. Thoughtfully.

He also has the good sense to let us draw our own conclusions.