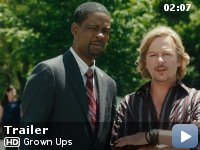 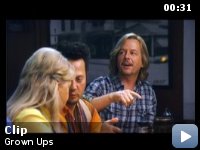 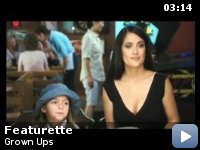 After their high school basketball coach passes away, five good friends and former teammates reunite for a Fourth of July holiday weekend.

Storyline
In 1978, five 12-year-olds win a CYO basketball championship. Thirty years later, they gather with their families for their coach's funeral and a weekend at a house on a lake where they used to party. By now, each is a grownup with problems and challenges: Marcus is alone and drinks too much. Rob, with three daughters he rarely sees, is always deeply in love until he turns on his next ex-wife. Eric is overweight and out of work. Kurt is a househusband, henpecked by wife and mother-in-law. Lenny is a successful Hollywood agent married to a fashion designer; their kids take privilege for granted. Can the outdoors help these grownups rediscover connections or is this chaos in the making?

Taglines:
Back Then They Were Too Young To Know Better. Now They Have No Excuse.

Revealing mistakes:
When Robbie kicks Marcus in the groin after chasing him to the top of the boathouse, Robbie has a shoe on his right foot when he kicks Marcus. In the next shot, when Robbie grabs his left foot in pain, he is bare-footed. In the next shot where Robbie is on the ground still holding his left foot in pain, the shoe reappears on his right foot.

Lenny Feder:
Roxanne, I have made out with about 25 girls in this very spot and I want you to be number 26.

Roxanne Chase-Feder:
As long as I am the last.


There is nothing wrong about this film… there is nothing right about
it either. It's just another Adam Sandler feel-good movie, and if you
like these (I certainly do), you will like this movie too. If you hate
them for a lack of plot or the shallowness of the jokes, you won't. I
just know I laughed a numerous amount of times, and I felt good after
having watched it.

This is definitely a no-brainer, which will make you feel good from
time to time. That's why Adam Sandler makes these movies, and that's
why they keep doing so well.

They will make you feel good 🙂