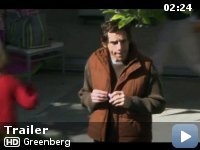 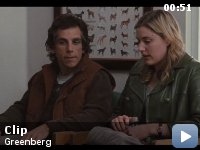 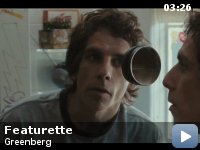 A New Yorker moves to Los Angeles in order to figure out his life while he housesits for his brother, and he soon sparks with his brother's assistant.

Storyline
We like Florence: she's considerate, sweet, pretty, and terrific with kids and dogs. She's 26, personal assistant to an L.A. family who's off on vacation. Her boss's brother comes in from New York City, fresh out of an asylum, to stay at the house. He's Roger, a carpenter, 40, gone from L.A. for 15 years. He arrives, doesn't drive, and needs Florence's help, especially with the family dog. He's also connecting with ex-mates – two men and one woman with whom he has a history. He over-analyzes, has a short fuse, and doesn't laugh at himself easily. As he navigates past and present, he's his own saboteur. And what of Florence, is Roger one more responsibility for her or something else?

Taglines:
He's got a lot on his mind.

Errors made by characters (possibly deliberate errors by the filmmakers):
One of the complaint letters Greenberg sends has an address on "Eigth" Avenue.

Roger Greenberg:
A shrink said to me once that I have trouble living in the present, so I linger on the past because I felt like I never really lived it in the first place, you know?

Brilliant, Heartwarming Character Study That's Not For Everybody


… (which, if you've read the other reviews here, you know is a
massive understatement).

Let's start with the two obvious stumbling blocks to loving this rather
astonishingly good and (for some) altogether life-affirming and lovable
movie.

— The main character is pretty much a jerk.

Now, realize: the main character is *supposed* to be unlikeable. And
the movie does not try to have a plot. And you might wonder, how can a
movie that starts with these two conditions possibly be any good, let
alone some be some kind of masterpiece? So let me explain.

Roger Greenberg (Ben Stiller in the performance of his life) is by no
means completely unlikeable. He's quite funny, an adept verbal wit
(there is no situational comedy in this movie at all; it's funny in
places because Greenberg is often funny). He has very firm and
uncompromising moral ideals. He cares deeply and responsibly for
animals. What makes him unlikeable is that he sometimes, unexpectedly,
treats people, especially people he cares for, like crap — he uses
that verbal wit like a blunt knife and goes on unwarranted tirades. And
he has almost no insight into himself (occasionally the movie is very
funny at his expense.) You know that guy in your family who is
fundamentally, deep down, a very good person, but is all too often an
incredible pain and aggravation to be with? That's Greenberg. He is, in
short, the sort of person who is much easier to love than to like.

We are told from the outset that he has, in fact, just been released
from a mental institution, and this is one of the least clichéd and
most fully-rounded portraits of a seriously mentally ill person in
recent cinema. We watch as he works really, really hard to sabotage any
hope he has for a happy life.

He meets and is immediately smitten with a woman (played terrifically
by Greta Gerwig; it's nearly as much her story as his) who has her own
set of neuroses, but ones that are much more ordinary than his. We
watch their relationship play out over a few months exactly as it might
in real life, without any set of causally related events to provide an
engine of plot.

So what narrative tension is there? Why keep watching? Very simply, if
you like Roger Greenberg enough to have empathy and sympathy for his
plight, if you can see past the sarcastic surface to the deep pain
underneath, if you can recognize a little bit of yourself in him, then
you are going to root for him to get his act together, to cut all that
nonsense out, to start to understand himself –in short, to start to
recover some sanity, to find the first cobblestones of the path to some
kind of happiness.

Well, that's what happens, and it's wonderful to watch. (That it's
possible to watch the movie and not notice it happening is obvious from
some of the reviews here, including one that criticized the ending as
incomplete; in fact, this may have the best and most perfect last line
of any movie I can think of.)

If you didn't much like _Sideways_ or _Up in the Air_, I can guarantee
that you will hate _Greenberg_ (I mean, imagine those movies, but with
no plot, too!). If you loved those movies — if you have no problem
watching emotionally stunted people slowly grow up — then you'll
probably love this, too, and you may even love the way that the lack of
conventional plot makes the movie completely realistic and hence
especially powerful emotionally. I can't wait to see it again and I
suspect I'll watch it many times.

TagsUSA
Memoirs of a Teenage Amnesiac
Clash of the Titans