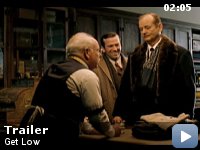 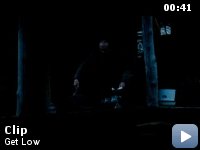 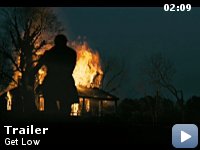 A movie spun out of equal parts folk tale, fable and real-life legend about the mysterious, 1930s Tennessee hermit who famously threw his own rollicking funeral party… while he was still alive.

Storyline
Felix Bush (Robert Duvall) is a hermit who has no regard for anybody in the town or anyone who wants to get to know him. But one day, after a fellow old hermit as died and he hears people in the town telling stories about him, he decides that he needs to get these stories out in the public. He recruits Frank (Bill Murray) the local funeral home director to host his own funeral. This way he can hear what everyone is saying about him, and get the truth to his past out in the open. But will he be able to get anybody to come? And will he be able to reveal his secrets?

Shipped to theaters under the code name "Burly Beard".

Continuity:
Felix is shown splitting wood by striking a wedge with the butt of a single-blade axe. The wedge is displayed when he raises the axe, butt forward, to split the last piece but when he comes down with the axe he strikes with the blade and the wedge has disappeared.

Felix Bush:
[to Buddy]
For every one like me, there's one like you, son. I about forgot that.


Get Low and its cast were very well-received last night at Austin's
Paramount Theatre as part of the SXSW Film Festival. This is the type
of well-written, well-acted serious film that gets made all too rarely
today. The excellent cast was led by three aging legends – the
cantankerous Robert Duvall, the hilarious Bill Murray and elegant Sissy
Spacek – all of whom attended the SXSW performance and answered
questions. They have lost nothing with age. One-time child star Lucas
Black has begun to come into his own as an actor as well. Get Low is an
example of the type of wonderful film making that can be done with
excellent actors working on a minimal budget. The period setting in
depression era Tennessee was entirely believable. The film is both very
funny and deeply moving.

Very loosely-based on real events, the film tells the story of a
backwoods hermit – played by Duvall with grace and spirit – who decides
to hold his own funeral while he is still alive. The story is about
loneliness, guilt, redemption, forgiveness, love, and human mortality.
There have been few recent films that explore such difficult territory
and do so with such humanity, decency and humor. I hope that this film
gets a theatrical release so that more people can enjoy this rare
treat.

TagsGeorgiaUSA
Mysteries of Lisbon
The Other Woman