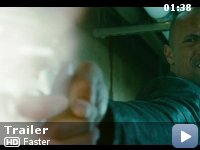 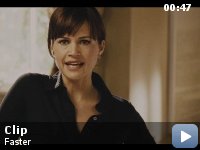 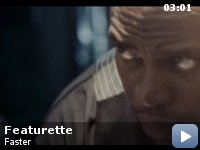 An ex-con sets out to avenge his brother's death after they were double-crossed during a heist years ago. During his campaign, however, he's tracked by a veteran cop and an egocentric hit man.

Storyline
A man who just got released from prison kills someone. Later a detective who investigates discovers that the man was part of a gang of robbers. Years ago they committed a big robbery and later some men who somehow found out where they were came and demanded the money they got of they would kill them one at time and they did. Eventualy it came down to him and his brother and he told them where the money but still tried to kill them. But he somehow survived and was caught by the police and sent to prison. The one he killed was one of the men who killed his brother. So it's obvious he's out to avenge his brother's death. The detective later is told that an aging detective wants to join her which she finds weird. And at the same time a hit man is pursuing him but always misses him.

Taglines:
If you're on his list, you're already dead.

Audio/visual unsynchronized:
When Killer is in his car staking out the old man's apartment, you hear the sound of him cocking his semi auto pistol, which takes two hands. As this takes place, you see him put the gun into his holster with one hand.


While I always thought Dwayne Johnson (The Rock!) had potential as an
actor, I thought his career choices have been pretty dismal since he
left the world of wrestling. Whether throwaway crap like "The Scorpion
King" or just plain embarrassing stuff like "The Tooth Fairy" (we get
it Dwayne, you can laugh at yourself – how about getting down to
business!), I just never felt compelled to see one of his movies. Until
now.


I could tell from the trailer this one was going to be different.

Faster is a throwback to the merciless action flicks of the 1970s.
Existential in tone. Ruthless in execution. It's kind of a cross
between Death Wish and Vanishing Point. A pure, undiluted revenge drama
that shows Dwayne Johnson really can walk the walk when he wants to.
This isn't G-rated pabulum for the whole family. This is a leather
glove across the chops, R-rated blast from the muzzle of a sawed-off
shotgun. The plot isn't very complex, but the pacing is beautiful, as
is the purity of this amazing movie.

Billy Bob Thornton does a great job too as The Cop, a lowlife drug
addicted, slimy little lawman with 9 days to go before retirement and
one last case to solve. And Oliver Jackson-Cohen is terrific as a
yuppie hit-man with a personal score to settle.

If you like movies that are intent simply in kicking your ass for 90
minutes, you could do a lot worse than Faster. After all these years,
I'm finally a Dwayne Johnson fan.