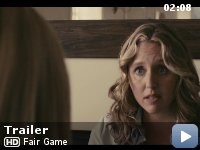 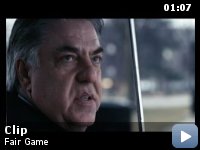 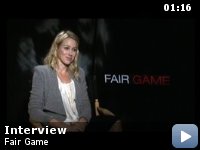 CIA operative Valerie Plame discovers her identity is allegedly leaked by the government as payback for an op-ed article her husband wrote criticizing the Bush administration.

Storyline
Plame's status as a CIA agent was revealed by White House officials allegedly out to discredit her husband after he wrote a 2003 New York Times op-ed piece saying that the Bush administration had manipulated intelligence about weapons of mass destruction to justify the invasion of Iraq.

Originally, Nicole Kidman and Russell Crowe were attached to star.

Errors made by characters (possibly deliberate errors by the filmmakers):
Despite the fact the he speaks some Iraqi slang words, Hamad (Dr. Zahra Brother) is supposed to be Iraqi, but he clearly speaks an Egyptian accent.

Tabir Secretary #1:
When do you leave for Kuala Lumpur, Miss McDowell?

Valerie Plame:
I fly to Taiwan Tuesday, then back to Düsseldorf.


One of the major events that President George W. Bush will undoubtedly
be remembered for in history will be his decision to declare war on
Iraq in 2003. If we recall back to early 2003 when the administration
was laying out its reasons for invading Iraq, the one most marketed to
the American public was the idea that Saddam Hussein was in the process
of creating chemical or nuclear weapons, which he would then give to
terrorists who could then use them to attack American cities. Of
course, soon after the war began it was discovered that these weapons
either never existed or no longer existed, and to this day no one in
the CIA or federal government has been able to explain how the
intelligence community could have gotten it so wrong.


"Fair Game" places itself right in the middle of these controversial
events between 2002 and 2004, and is told through the eyes of CIA Agent
Valerie Plame (played very convincingly by Naomi Watts) and her
husband, United Nations Ambassador Joe Wilson (played fiercely by the
always great Sean Penn). The film's story follows how Plame goes from
patriotic CIA agent diligently doing her job overseas to suddenly
having her identity made public after her husband uncovered false
information about a nuclear development sale between Iraq and Niger.
This false information about a uranium sale between these two countries
is important because it was implied as factual when Bush was listing
information about Iraq during his State of The Union Speech in early
2003.

As the film starts, Plame and Wilson appear to be a very loving couple
with a very strong marriage – they even have 2 small children who live
with them in the D.C. area. Plame is busy traveling covertly to
countries in The Middle East to shake her fist at people whom might
have ties to terrorists, while Wilson is back at home, often finding
himself in heated arguments with friends at the dinner table whom hold
a different opinions from his own. Both Plame and Wilson appear to be
relatively non-political civilians working peacefully and dutifully for
the federal government – until the Bush administration decides that the
country should invade Iraq. After Wilson criticizes the
administration's faulty information publicly, Plame is then fired from
her job, and much of the rest of the film focuses on how the couple's
marriage is stressed because of what is transpiring all over the media.
People harass them often when they go out, as Wilson makes rounds on
the media circuit to try to restore his name. The film has a little bit
of a soap-operish feel to it during the 2nd half in that it is mostly
focused on the couple's relationship, but the acting performances by
Watts and Penn are just so sharp that they make up for some of the
film's small flaws when it comes to storytelling. There is also a small
subplot involving a family in Iraq connected with Plame's
counter-proliferation efforts that should have been either developed
more or left out entirely, as that is the weakest part of the film –
but fortunately those scenes are relatively few in the entire film.

Aside from the acting, another of the film's strengths is how it never
gets too preachy towards the Bush administration, but rather focuses on
the facts of what unfairly happened to Plame and Wilson from their own
points of view. In fact, no actor plays Bush or Cheney in the film – we
only see a few clips of the real Bush and Cheneys giving speeches on TV
screens for a matter of seconds. Scooter Libby (portrayed a bit
villainously by David Andrews) is seen in a few short scenes as a
swindler who tries to convince CIA employees into manipulating the
intelligence the way he sees it, but his characterization is very
subtle, rather than as an in your face bad guy. Doug Liman's direction
is also fairly fast-paced to make sure the film never gets too bogged
down in pointless scenes. Even though it is very talky and
dialogue-driven, the narrative keeps moving forward at a crisp pace –
at least if audience members are adults without ADD (and I think it's
pretty fair to say that this movie isn't marketed for the Transformers
or Twilight crowd…) The film generally works very well both as an
entertaining drama, spy thriller, and an educational lesson. Moreover,
it's an intelligent reminder to the public of how people in positions
in power in government will often stop at nothing to achieve their
desired goals, even if that means illegally abusing their power through
misinformation, manipulation, and character assassination. As citizens
we should constantly be questioning our leaders and their motives, as
well as keeping them honest and holding them accountable whenever they
they violate our trust.

On a final note, I have to say that I find it very refreshing to see a
film like this that has a woman in a very intelligent leading role,
rather than how Hollywood films usually stereotype females in formulaic
romantic comedies. It seems like women in major roles usually have
their sappy characters obsessing about trying to find a man and buying
shoes, with some slapstick and comedy at the dinner table with their
parents thrown in as well (a.k.a. chick flicks). It's either that or
the female characters get almost zero screen time, where they are
relegated to simply being the cute girlfriend sidekick. It's nice to
see movies like this allow womens' dramatic acting talents to shine and
allow us to see them as complex, real characters.