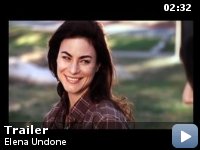 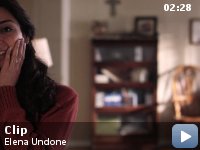 Fate brings two diversely different women together, and sets them on a collision course that will shatter their preconceived notions about love, life and the power of one's soul.

Storyline
Peyton and Elena are, on the surface, diametrically opposed – one, a well-known lesbian writer, the other a mother and wife of a pastor – but when their paths cross, several times over, they feel compelled to connect. What begins as friendship quickly blossoms into something deeper. Peyton tries to extricate herself before her heart wants what it can't have. Elena can't imagine not having Peyton in her life. And despite the fact that she has never even considered kissing a woman, Elena is overwhelmed with a desire to do just that. Despite Peyton's reservations, Elena pushes the relationship into a full-blown affair. The two women fall deeply in love, both keenly aware a future together might be little more than a dream.

Continuity:
When Elena makes Peyton breakfast, they're sitting at the table together. The shot of the table right before they kiss shows 4 pieces of toast on one plate and the other plate is empty. When they stop kissing and the table is shown gain, there are 2 pieces of toast on each plate.

Elena:
[kissing Peyton]
Are you afraid to be alone with me?

This sets the standard for what lesbian films SHOULD be!!!


I was disappointed and frustrated to see that the only review of this
film so far was by a woman who had the nerve to dish on a film that she
walked out of after only the first 40 minutes. Seems to me that that
should automatically disqualify her review and critique on that grounds
alone.


My partner and I, on the other hand, stayed for the entire film, and
would have quite happily stayed for a second showing if they'd decided
to have one. We agreed that it was the best lesbian film that we've
ever seen (and we've seen most of them that are out there).

When the reality is that most (though thankfully not all) lesbian films
are mediocre at best, and embarrassingly bad at worst, "Elena Undone"
sets a new standard for what lesbian films can and should be:
intelligently written, well-cast and well-acted and well-directed, with
natural and believable dialogue, a storyline that is actually
believable, and characters that you can relate to (and may even want to
be friends with), and extremely erotic scenes that still manage to be
tasteful and believable. It is rare to find all of these qualities in a
mainstream blockbuster feature film, and nearly impossible to find them
in lesbian movies, so I was thrilled almost beyond reason to see what
can be accomplished in lesbian film-making.

And then there's the astounding beauty of the two co-stars and the
incredible and believable passion and eroticism of the connection that
builds between them as the movie evolves. To say that this was a
satisfying element of the movie would be a serious understatement… I
have never been so aroused by a film, and couldn't stop thinking about
it for the entire week since I've seen it. I have watched the trailer
at least once a day since and am totally hooked! I am not embarrassed
to admit that I have fallen hopelessly in love with this exquisite
film.

I encourage every woman-loving-woman out there (and our friends and
allies) to do whatever it takes to SEE THIS FILM, even if it means
buying it sight-unseen (yeah, it's THAT good!) We need to create a
market for more high quality lesbian films like this, and the only way
to do so is to provide support to the talented filmmakers who gift us
with delicious movies like this one. SEE IT — YOU WON'T REGRET IT!
Kathy Berkeley, CA