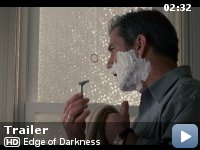 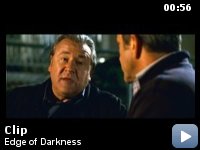 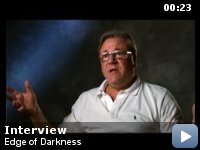 As homicide detective Thomas Craven investigates the death of his activist daughter, he uncovers not only her secret life, but a corporate cover-up and government collusion that attracts an agent tasked with cleaning up the evidence.

Storyline
Thomas Craven is a detective who has spent years working the streets of Boston. When his own daughter is killed outside his own home, Craven soon realizes that her death is only one piece of an intriguing puzzle filled with corruption and conspiracy, and it falls to him to discover who is behind the crime.

Continuity:
When Craven stops Bennett's Bentley, gets into the back, and points the gun at Bennett, the door behind Bennett is closed. In a close-up, it's open.

Darius Jedburgh:
Now, you know better than anyone, cases like these are never solved. They're simply too complicated, too much hard work. There's a lot going on out there in this world. And you just never can connect A to B.

Thomas Craven:
How do you know that?

Darius Jedburgh:
Because I'm usually the guy that stops you connecting A to B. It's part of what I do.

This is NOT Taken — The trailer is misleading


This one surprised me, because I had seen very little advertising or
hype for this movie. My friend and I watched the trailer and I thought,
"Eh, kinda looks like another 'Taken' or 'Death Sentence.' I'm so glad
I was wrong.


This is not another "father goes on rampage to kill the guy that
kidnapped/murdered his child." It's actually a very involved thriller
that has a fair few twists and turns around a conspiracy Gibson's
daughter was involved in. Gibson actually does not go all gung-ho like
Neeson did; rather, he was very careful in his investigations. His
performance was brilliant, as was Ray Winstone's, though I found myself
wishing he had a bit more screen time.

The pacing is pretty quick in some places, so it keeps you interested.
Sometimes the plot may be a little convoluted, but it makes sense if
one pays enough attention.

Also, I should note that there isn't nearly as much action as the
trailer makes it seem. There is FAR more drama, though it's still
plenty tense.

First movie of 2010 I've seen, and it's off to a great start. "Edge of
Darkness" is well worth it, and certainly not the movie its advertising
makes it out to be. Go see it, you won't regret it.