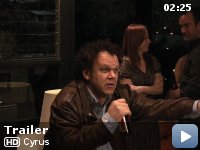 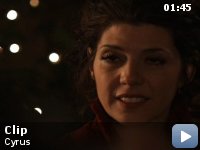 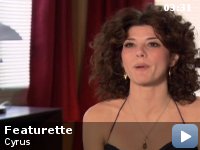 A recently divorced guy meets the woman of his dreams. Then he meets her son.

Storyline
With John's social life at a standstill and his ex-wife about to get remarried, a down on his luck divorcé finally meets the woman of his dreams, only to discover she has another man in her life – her son. Still single seven years after the breakup of his marriage, John has all but given up on romance. But at the urging of his ex-wife and best friend Jamie, John grudgingly agrees to join her and her fiancé Tim at a party. To his and everyone else's surprise, he actually manages to meet someone: the gorgeous and spirited Molly. Their chemistry is immediate. The relationship takes off quickly but Molly is oddly reluctant to take the relationship beyond John's house. Perplexed, he follows her home and discovers the other man in Molly's life: her son, Cyrus. A 21-year-old new age musician, Cyrus is his mom's best friend and shares an unconventional relationship with her…

Taglines:
John met the woman of his dreams. Then he met her son …

Miscellaneous:
The license plate on the 10' U-Haul truck is not the actual plate that belongs to the truck. All of the newer (last 10 years or so) U-Haul truck have Arizona plates as U-Haul headquarters is in Pheonix, AZ.

I Hope the Film's Marketing Doesn't Make People Hate It


The marketing for this movie is terribly misleading. It sells it as a
zany comedy, which could not be farther from the truth. I'm not
criticizing the film — I thought it was quite good. But people are
going to see this expecting something very different from what they
get, and they're going to hold it unfairly against the film.


"Cyrus" is being billed as the first mainstream effort by mumblecore
darling filmmakers Jay and Mark Duplass ("Baghead"). But "Cyrus" is
only mainstream in that it's released by a major studio (Fox
Searchlight) and has recognizable actors in it (John C. Reilly, Marisa
Tomei, Jonah Hill, Catherine Keener). In subject and style, it imports
many of the characteristics of traditional mumblecore — offbeat humor,
improvised feel, bare bones production values — wholesale.

Which again is not a criticism. I've been impressed with some of the
mumblecore entries I've seen recently, like the aforementioned
"Baghead" and "Humpday." "Cyrus" is a complex exploration of an odd and
at times uncomfortable set up, and that it doesn't take a glib or
condescending attitude toward its characters or devolve into potty
jokes and slapstick couldn't make it less mainstream.

Reilly plays a lonely man looking for love and finding it in Marisa
Tomei. Unfortunately, with her he also finds Cyrus, her
twenty-something and morbidly dependent son. He tries to be a buddy at
first, until it's clear that Cyrus isn't all that he appears and
doesn't want a new guy around. The two men declare war on one another
until fists fly, both figuratively and literally.

"Cyrus" is a small miracle of tone. It keeps its audience constantly
guessing as to which direction it's going to go. The weird mother/son
relationship depicted is at first just funny, then funny in a kind of
squirmy way, then flat out disturbing. But the film knows exactly when
it's about to push credibility too far, and just before it does, it
lets us in on more information that makes everything plausible. One of
the things I responded to most is the respect with which the actors and
writers treat these characters. These people are not put on display for
us to mock, or feel superior to, or pity. These are people who are
trying their best to navigate tricky emotional terrain in the best way
they know how, and the actors playing them all give lovely
performances.

A smart, witty and thoughtful film in a season of cinematic junk food.