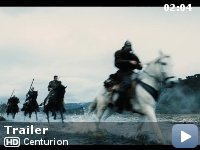 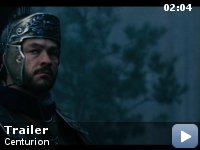 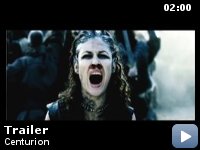 A splinter group of Roman soldiers fight for their lives behind enemy lines after their legion is decimated in a devastating guerrilla attack.

Storyline
Britain, A.D. 117. Quintus Dias, the sole survivor of a Pictish raid on a Roman frontier fort, marches north with General Virilus' legendary Ninth Legion, under orders to wipe the Picts from the face of the Earth and destroy their leader, Gorlacon.

Factual errors:
There are decapitations aplenty in this movie, with many lightweight weapons, short swords and small axes. Yet not even executioners during medieval times were always able to chop off a head with one stroke, even though the criminal was resting his neck on a chopping block and holding perfectly still and the executioner using a very heavy axe.

Title Card:
117 AD / The Roman Empire stretched from the African desert to the Caspian sea. But its farthest, most untamed frontier was Northern Britain. / In this unforgiving land, the Roman army encountered fierce resistance from a people known as the Picts. / Using guerrilla tactics and landscape to their advantage, they brought the invasion to a halt. / The stalemate has lasted almost 20 years. Now Rome has given orders to end the deadlock by any means necessary…

Just to elaborate a bit…


This movie was entertaining and exceeded expectations. I love history
and am a history degree holder with an emphasis and ancient Indo
European culture. I'm not here to tear into this movie as a I felt it
was just fine, but rather try to deflect some "junk" history that some
people seem to throw into the mixed reviews. Please, if you're going to
try to add your own mish-mash of history, at least make sure it's
correct.


That's right, I'm talking about you "Russ-was-here". Firstly, your
review is off base on many levels, I'll try to answer some of those in
a light hearted manner…

The fact that you consider Braveheart to be a "factual" representation
of history is laughable, by this alone we can't take you seriously in
your review of this movie. William Wallace wasn't running around the
battlefield in a kilt, hate to break it to you.

You noted the wide variety of accents here. Is this shocking to you
that actors from around the world took part in a movie, and that they
all had different accents? The Pict language has been dead for quite
some time, while there are rumors that the last confirmed speaker of
Pict died in the 1950s, are we to expect the actors in this movie all
speak ancient dialects of dead languages? get real (yes, that applies
to Latin as well).

Perhaps your biggest mistake in assuming history of this movie is your
statement: "Then comes the fight scenes and complete absence of
interesting Roman tactics, when attacked and flanked on a long narrow
path they simply form a 1 man thick shield wall and wait…" If you had
actually studied Roman history (which I'm certain at this juncture you
have not even cracked open a Tacitus or Pliny or Martial or any other
Roman historian) then you would know the Battle of Teutoberg Wald quite
well. In fact the battle that takes place in this movie is a near
depiction of what the Germans did to the Romans when they destroyed 3
Roman legions while walking through the Black Forest. Ah yes, some of
us actually DO study history. The Romans had no choice but to march
nearly single file through a road, when they realized they were flanked
on both sides (the line was 14 miles long, thus the battle took place
over a 14 mile stretch) the Romans had no choice but to form up as best
they could in the road. This proved devastating as it forced Romans to
fight hand to hand combat against German soldiers who were more skilled
in the area of hand to hand combat.

You mention that the Picts were known for their chariot warfare. Celts
(Picts were a Celtic people) were well known for chariot warfare, as
were many peoples in the Roman world, as you can see in this movie
(especially the battle scene) using chariots would be quite a stupid
move as they were in dense forest (use your brain, boy). As we can see
with the final battle between Boudicca and Rome, using chariots was not
always advantageous. In fact Boudicca sealed her army's fate by
following an infantry charge with chariots (effectively crushing her
infantry between Roman shields and Iceni chariots).

You also mention they fought naked. Indeed, many Indo Europeans fought
in the buff, but that doesn't mean they all walked around in the buff
all the time. They were dressed like Vikings you say? You have an odd
preconceived notion of what the Vikings dressed like, personally I saw
no Pict wearing chainmail (something Normans and Vikings were well
known for). Furthermore it's a myth to believe that all Celts, Germans
or any other Indo Europeans always fought naked. Many barbarian tribes
were incredibly well equipped by 117AD as armor proved to be more and
more of a necessity. We also see that Germanic and Celtic armor had a
direct influence on Roman armor (Romans borrowed their helmet style
from the Gauls for example). As for the movie? It's setting is in the
winter, it would make no sense for Picts to be in the buff all the
time. This is common sense.

Is this overkill? Yup. But I find your post to be (how did you put it?)
completely devoid of historical facts. Does this movie have clichés of
the time? Yup. Is the acting Oscar worthy? Probably not. Should we sit
here and cry about it? nope. Just enjoy the movie. Nobody here is
claiming this is a spitting image of 117AD in the northern UK
(shocking, I know), but your post is ill informed and misleading.

Anyways, this is an entertaining movie and you certainly get the feel
for the day. Engaging and exciting, certainly worth a view.

TagsEngland UK
The Heavy
The Losers