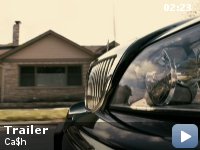 A man meets up with two "good guys" to recover what is unlawfully his, taking them on his whirlwind ride, doing things they never would have imagined, just to survive.

Storyline
A stroke of good luck turns lethal for Sam Phelan and his wife Leslie when they are faced with a life-changing decision that brings strange and sinister Pyke Kubic to their doorstep. As Pyke leads Sam and Leslie on a tumultuous adventure through the streets of Chicago, each are pulled deeper and deeper into a desperate spiral of deception and violence… All in the name of money.

Taglines:
Love for money is the…

Revealing mistakes:
When they are struggling in the car over the gun, Pike calls Sam, Chris (his real name).

In this day of cookie-cutter thrillers and Hollywood formula flicks,
writer/director Stephen Milburn Anderson and producer Naveen
Chathappuram bring us a film that shatters genre rules. It's a story
about the power of money and how it manipulates human behavior. In a
movie manufactured by Hollywood group-think, this film would have been
about two innocent victims (Sam and Leslie) who struggle to make their
mortgage payments and one day, during a police chase, a briefcase
bursting with cash lands on their old car, they decide to keep the
money and the bad guy comes looking for it. It would be the naive
couple's story.

But Ca$h isn't that simple. The story starts with Pyke Kubic (Sean
Bean), a Brit flying into Chicago to help out his twin brother, Reese
(Sean Bean), whose cash-laden briefcase collided with law-abiding Sam's
car. So Ca$h is a brother loyalty story. Besides, the brothers make a
business deal: Pyke will recover Reese's cash and they'll split it
50/50.

The line blurs between the traditional antagonist and protagonist,
especially as the story progresses. Pyke's unexpected accommodating
manner and willingness to help Sam and Leslie collect the cash they
stowed and recover the rest they spent, paint him as a likable
character, not an evil antagonist. But Pyke has powers of persuasion,
both intellectual and physical, and Pyke won't stop until he gets what
he wants. So he moves in with Sam and Leslie until every last penny of
the cash is back in the briefcase.

Pyke is a savant with numbers. When he learns from Leslie the exact
tally of cash that was in the briefcase, he keeps a running tab in his
mind of missing cash until every cent is replaced. There is a dark
gleefulness in many of the scenes. Pyke escorts the couple to Leslie's
mum's house, where they've left a large sum of the cash for
safekeeping. They discover that Mum has "borrowed" $600 and Pyke says,
"When it comes to cash, nobody can be trusted." When Pyke takes the
couple to the banker who was foreclosing on their mortgage until Sam
showed up with $7,000 in cash (from the briefcase of destiny), Pyke
negotiates a brilliant deal with the bank to loan the couple $11,000.

Sean Bean's (Lord of the Rings, Flight Plan, Patriot Games, National
Treasure) performance as Pyke is natural and intense. He draws the
audience in with his character's centered calmness, unrelenting focus
on his goal and precarious balance of civility and violence. Bean plays
his character's genius for numbers and deal-making juxtaposed with his
descent into thug-driven brutality, when absolutely necessary, with
fluid complexity.

Chris Hemsworth (Star Trek, A Perfect Getaway) as Sam gives us a
sympathetic, yet humanly flawed character who struggles briefly with
the morally right thing to do. It's easy to accept Hemsworth as Sam. He
looks like a nice guy; he acts like a nice guy until Pyke shoves Sam
into the black hole of criminality. Hemsworth makes the tricky
transition from respectable citizen to ruthless armed robber in a
convincing arc of desperate acts.

Ca$h isn't a thriller in academic film terms. It's not a traditional
action film, either. If the film must have a label, it is neo noir
satire. Noir features a desperate protagonist who is an anti-hero. That
certainly fits Sean Bean's Pyke/Reese characters. As the story
progresses, it also fits Sam and Leslie as they begin to enjoy the
power a gun brings to a moment of confrontation, when they're on the
trigger end of the 9mm.

Writer/director Stephen Milburn Anderson wrote this script in the
Nineties and sat on it until he could make the movie his way. Not
giving in to the hellish Hollywood development machine, Anderson and
his producers bring us a "genre" film gone rogue.

Just because Hollywood doesn't have the right-size box or label for
Ca$h doesn't mean it's not a package worth opening. It's a surprising
present of cinema delight and if you are fatigued with Hollywood
drivel, Ca$h has your name on it.