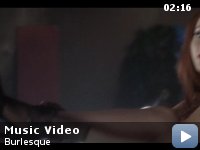 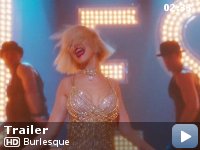 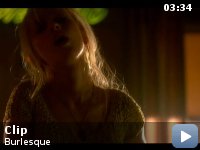 A small-town girl ventures to Los Angeles and finds her place in a neo-burlesque club run by a former dancer.

Storyline
The Burlesque Lounge has its best days behind it. Tess, a retired dancer and owner of the venue, struggles to keep the aging theater alive, facing all kinds of financial and artistic challenges. With the Lounge's troupe members becoming increasingly distracted by personal problems and a threat coming from a wealthy businessman's quest to buy the spot from Tess, the good fortune seems to have abandoned the club altogether. Meanwhile, the life of Ali, a small-town girl from Iowa, is about to change dramatically. Hired by Tess as a waitress at the Lounge, Ali escapes a hollow past and quickly falls in love with the art of burlesque. Backed by newfound friends amongst the theater's crew, she manages to fulfill her dreams of being on stage herself. Things take a dramatic turn though when Ali's big voice makes her become the main attraction of the revue.

Taglines:
It takes a LEGEND… to make a STAR

Steve Antin got the idea for this film after watching Christina Aguilera perform as a featured vocalist for The Pussycat Dolls in 2002.

Nikki:
I will not be upstaged by some slut with mutant lungs.

Burlesque: The return of the movie-musical!


When I originally heard of the concept for Steven Antin's Burlesque, a
movie musical starring pop phenom Christina Aguilera and the legendary
Cher, I was, if you could believe it, less than enthusiastic. I was
under the assumption that this film would be not just bad, but god
awful. Recalling horrid pop star film debuts (ex. Mariah Carey in the
depressingly hollow Glitter, Britney Spears in the mind-numbing
Crossroads) I thought I was in for a cinematic train wreck of epic
proportions. And I'm happy to tell you today, that I couldn't have been
more wrong.


First of all, what makes Burlesque unlike Glitter and Crossroads is its
aesthetics. Christina Aguilera's strong voice is enough to carry a
film, as it turns out. However, Burlesque has more to fall back on.
Cher plays Tess, Aguilera's character's boss and mentor. She can make
any film excellent. Secondly, this film is a musical, also unlike
Glitter and Crossroads. It shoots for being something of a hybrid
between Cabaret and Chicago, and doesn't completely fail. Thirdly, this
film has an outstanding supporting cast, including the always great
Stanley Tucci, Grey's Anatomy vet Eric Dane, Kristen Bell, Cam
Gigandet, and Alan Cumming, and these folks bring enough liveliness to
save even the worst film, but here, they only add to the fun and
excitement.

The story is really nothing new. Small-town girl Ali (Aguilera) leaves
her job as an Iowan waitress, and heads for the big lights of Los
Angeles. She stumbles upon a burlesque club run by Tess (Cher), starts
working her way up, and eventually becomes the main attraction, with
her intense vocal range and elaborate interpretations of dance numbers,
which turns out to be a godsend for Tess, who is about to lose her
club. She starts living with the charismatic and sexy bartender Jack
(Cam Gigandet), after her apartment gets robbed. Romance ensues, and
things go from there.

Cliché, right? It's been done before, right? Right. There isn't a
section of this film that isn't even a little bit corny. But, that's
not to say it's not a load of fun. I'm sorry, Harry Potter, Burlesque
is the film event of the Thanksgiving holiday. Christina Aguilera isn't
a fantastic actress, but she's better than you would expect her to be,
and her song-and-dance numbers, obviously, are fantastic, as one would
expect.

She and Cher have fantastic chemistry, as well as Cher and Stanley
Tucci. All of these actors blend together so well, that they seem to
compliment each other, enhancing each performance. And, I was rather
disappointed to see that Cher only sang two out of the film's ten
musical numbers, but it's safe to say that that's not enough,
considering that she can still belt the hell out of these songs.
However, Cher's obvious plastic surgeries don't help her performance,
considering that her face barely moves throughout the entire picture,
but she's still able to pull this role off, somehow.

Steven Antin is a director whom I've never heard of, however, I was
fairly impressed. The film is directed with impeccable taste, and the
writing is very quick and clever, and humorous, even when a little
corny.

However, what really saves Burlesque in the end is its elaborate song-
and-dance numbers. Soon after the movie begins, you know what kind of
film you're in for. Even as cliché after cliché presents themselves,
Burlesque has enough razzle-dazzle magic to outweigh its faults, and to
leave you dancing in the aisles as you leave this film.