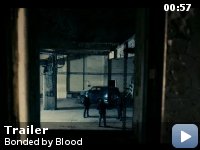 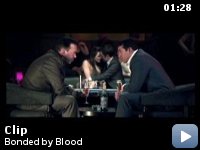 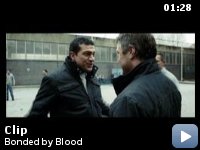 In 1995, drug suppliers and career criminals Tony Tucker, Patrick Tate and Craig Rolfe were blasted to death by a shot gun whilst waiting in a Range Rover in Rettendon…

Storyline
In 1995, drug suppliers and career criminals Tony Tucker, Patrick Tate and Craig Rolfe were blasted to death by a shot gun whilst waiting in a Range Rover in Rettendon, Essex. The film charts their rise to become the most prolific dealers and feared criminals in the south of England, maintaining the hold on their empire with fear and violence until their untimely death.

Taglines:
The Truth, The Whole Truth and Nothing but the F**king Truth!

Actor, Terry Stone, Plays the character Tony tucker in both this and 'Rise of the Footsoldier', which is also based on the Essex boys murders. In fact, a lot of actors who appear in this movie also feature in Footsoldier but in different character parts. Dave Legano plays Jack Wholmes in this film, but played Big John in Footsoldier. Neil Maskel (Craig rolfe) played the role of Darren Nicholls in footsoldier.

Anachronisms:
When Craig Rolfe is arguing with his wife at their home he open and slams shut the fridge, several of the fridge magnets are clearly visible and relate to films and events that took place well after 1994, in the top left hand corner you can clearly see a fridge magnet of Doug the talking dog from the movie
Up.

We have some great actors, screenwriters and directors in the UK. This
film employed none of them and it painfully showed. I picked it up in
the 4 DVDs for a tenner in Blockbuster and still felt I'd been conned.

In the bonus features I was astounded as I watched the cast having a
great laugh shouting you 'chants' at each other like demented
schoolboys,not funny unless we were going to see 'Carry on Essex Boys'.
I found it crass and unnecessary, a bad idea because if you watched the
extras first you were already expecting it would be odds on that the
film was going to be rubbish..it was. A good Producer and Director
would have stopped that nonsense, it degraded the cast and the crew to
flippancy.

We all know that morons swear a lot so leave it there, it was shocking
when the 'Sex Pistols' did it over thirty years ago, not any more
airheads. I just couldn't take these ham actors seriously after that.
After the stupid bonus extras I watched the film…the weak script just
carried it on until it became brain numbing. Right down to the copying
of De Nero's putting the boot in, this lot just looked like cheesy
amateurs doing a lot of hammish snorting, shouting and swearing in the
guise of telling what was supposed to be a true story. I would think
that O'Mahony could have directed it better than Sasha Bennett. At the
end after two shots from a cut down 12 bore that would have put a
horse's lights out, we are meant to believe Tate makes a dying hate
filled rant at his assassin. Do us a favour! Talk about writers getting
carried away..do they think we are all 'chants'.

On a brighter note, I thought Vincent Regan and Keirston Wareing were
good and as far as I remember also bright enough to stay out of the
crass bonus stuff, smart thinking. However, Terry Stone is nothing more
than an extra and Tam the Sham and Sasha Bennett would do well to watch
the performances of Ray Winstone, Ian McShane and Sir Ben Kingsley.
Spend a couple of weeks watching 'Sexy Beast' on a loop…that is
acting, directing and screen writing.