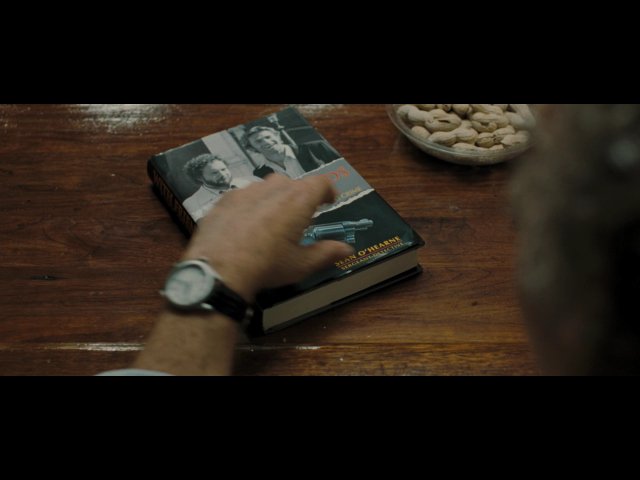 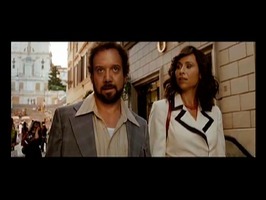 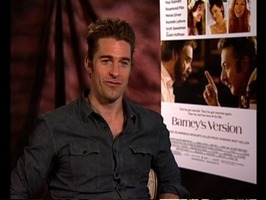 The picaresque and touching story of the politically incorrect, fully lived life of the impulsive, irascible and fearlessly blunt Barney Panofsky.

Storyline
Take a ride through the life and memories of Barney Panofsky, a hard-drinking, cigar-smoking, foulmouthed 65-year old hockey fanatic and television producer, as he reflects on his life's successes and (numerous) gaffes and failures as the final chapters of his own existence come sharply into focus.

Constable O'Malley of the North

Second collaboration between Dustin Hoffman and Paul Giamatti since
Confidence.

Factual errors:
Miriam places a stone on Barney's gravestone overlooking downtown Montreal. Barney bought a plot in the Mount Royal Cemetery which is on the north side of Mount Royal while the city is on the south side and so not visible from the grave site.

2nd Mrs. P's Father:
Are you saying you were gratuitously violent with suspected felons?

Izzy:
Gratuitously? I always got paid, I ain't gonna work for free.

A delightful adaptation packed with excellent dialogue and even better performances


Of the few movies I really wanted to see but missed at this year's past
Toronto International Film Festival, Barney's Version is the one that I
regretted the most. It was one of the few shining examples of Canadian
film on display at the festival (and was anchored by the fact that it
was based off the critically acclaimed final novel by Canadian literary
icon Mordecai Richler), but apparently I was not the only one aiming to
see it. And after seeing the final film nearly five months later, I can
see why.


Barney (Paul Giamatti) is an aging television producer, divorced and
comforted only by his cigars and rash drinking habits. As a new book is
released detailing some sordid details of an event Barney would rather
forget, he starts to look back on his life and all the many mistakes he
made. And after three failed marriages, "many" may not be the apt word
to describe them.

I had read Barney's Version as a forced assignment in my final year of
high school, and never finished it cover to cover. It was dense,
lengthy, rambled for pages on end, and just did not feel satisfyingly
cohesive. It was punctuated throughout with hilarity, tragedy, and
sorrow, but never wallowed in it. You could practically smell the
detail of the characters wafting off each page. And as the title
suggests, it was the story of Barney's life, as told by Barney. It was
a somewhat enjoyable book, but having almost failed the assignment, my
memories of it are rather tarnished.

To my delight, this is not how the movie feels at all.

As opposed to a literal page to screen translation, Michael Konyves has
instead whittled and simplified the narrative down to the basics. He
changes, updates and moves a few things around, and loses others
completely. While this may outrage some fans of the book, it makes the
film all the easier to digest. It never gets lost in what it is trying
to say, and never falls into any of the densely boring traps the novel
set out for itself. The odd and intimate details of each character are
still here (more so from the principal cast than the supporting
players), as is the snappy and hilarious dialogue. And for the entire
running time, the film stays in Richler's unique voice, never straying
into unknown or lesser territory in any instance. For someone who has
previously worked mainly in television, this is an excellent
achievement and one that makes me look forward to Konyves future
projects.

As a Canadian myself, it pains me to note that the majority of films I
see are of foreign creation. So it was with great surprise that
Barney's Version, a Canadian film, looked and felt just as good as any
film coming out of the likes of the United States. The sweeping
decades-long set design, costumes, makeup and soundtrack are all
handled excellently as well. The little quips about Montreal and
Canadian life are great, as are the small blink-and-you'll-miss-them
cameos by some of the country's most famous auteurs. And unlike so many
Canadian-made films, Barney's Version stays true to the nation of its
birth but never force feeds Canadiana down the audience's throats. This
of course, is a small quip that may not be noticed in the slightest by
most audiences. But it is one that should be duly noted for all future
Canadian productions nonetheless.

As Barney, Giamatti is stunning and perfect as always. He is one of the
most talented and underrated character actors of his generation, and he
continues to prove his worth and excellence here. Barney's life is an
emotional roller-coaster, and Giamatti gives his all to make the
audience really feel for this pathetic, misguided, adolescent shell of
a man. It reminded me a lot of his work in Sideways, and is likely his
strongest work to date. No matter what emotion or word he is trying to
convey, you will hang on every sound and look. He just keeps getting
better with each new year, each new role. This is not quite the
inspired brilliance of Colin Firth in The King's Speech, or the
emotional powerhouse of James Franco in 127 Hours, but it is yet
another example of how criminally overlooked he is come award season.

The rest of the cast is fairly solid, no matter their screen time.
Rachelle Lefevre, Minnie Driver and especially Rosamund Pike are all
excellent as Barney's wives, as is Scott Speedman as his best friend
Boogie. But they are all overshadowed by Dustin Hoffman in the role of
Barney's father Izzy. He steals the show from just about everyone,
providing more gusto and depth than he has in years. And it does not
hurt that he has the most hilariously devastating moment in the entire
film.

If I have to hold anything against the film at all, it is in the fact
that it loses its momentum much too soon. The entire first half of the
film almost feels like whiplash from how fast-paced it moves along. But
once the second half comes, and the emotional weight of the movie kicks
into gear, it slows down a bit too hard. It never becomes boring, and
never drags its heels like the book does, but it just lacks the power
and finesse of everything that comes before it. The zest and drive of
the film are always there, but with how much has been altered and
changed to make the film more accessible to audiences, I think they
could have done a bit more to keep the film going for its entire
132-minute running time.

Barney's Version is a revelation of a film, packed with a great story,
excellent dialogue and even better performances. This is one of the
unsung best films of the year, and one that has and will continue to be
criminally overlooked.