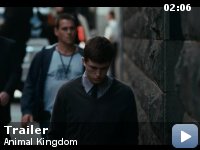 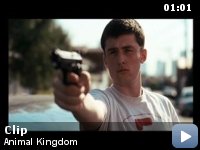 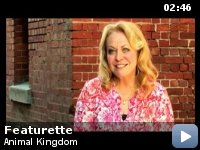 Tells the story of seventeen year-old J (Josh) as he navigates his survival amongst an explosive criminal family and the detective who thinks he can save him.

Storyline
Despite being no saint herself, Julia Cody has shielded her seventeen year old son, Joshua "J" Cody, from her Melbourne-based criminal relatives who they have not seen in years. After Julia dies in front of J's eyes from a self-inflicted heroin overdose, J, who is slightly detached from life, feels he has no choice but to contact his maternal grandmother, Janine "Smurf" Cody, the family matriarch, for a place to live. Smurf rules the family with a borderline incestuous love over her three sons, the quietly menacing Andrew "Pope" Cody, the hyperactive Craig Cody, and the barely of age Darren Cody. Pope and his best friend, Barry "Baz" Brown, are armed robbers, with Darren their up and coming apprentice, while Craig is a mid level drug dealer. Melbourne's Armed Robbery Squad is after specifically Pope, who is hiding out. But when the standoff between the Codys and the Armed Robbery Squad is brought up a notch…

This movie holds the record for the most number of nominations garnered by a feature film at the Australian Film Institute (AFI) Awards, the number being eighteen.

Continuity:
When Baz and the Armed Robbery Squad member are conversing, where Baz is sitting in his car, the car window goes from partially open to fully open.

[after the death of yet another one of her children]


The backdrop to this movie is Melbourne, Australia in the mid-1980's,
which (according to the director) had one of the highest per-capita
murder rates in the world. At the time, there were several deaths in
Melbourne in which wanted and suspected criminals were killed by the
police under suspicious circumstances. These killings in turn
supposedly ignited a slew of retaliatory murders perpetrated on police
officers (cf. the "Walsh Street" police shootings).


This is a movie about a young man (Josh or "J," played by James
Frecheville) whose extended family are all criminals. Using the
character of seventeen-year-old J as a sort of catalyst, the movie
explores a variety of crime-related issues, from the effects of growing
up in a world where criminal activity is the norm, to the escalation of
crime that is a natural consequence of vigilantism (especially when the
vigilantes are police).

The characters are all played very well, with exceptionally good
performances given by Ben Mendelsohn, Jackie Weaver, Sullivan Stapleton
and young James Frecheville in his debut as J.

While "Animal Kingdom" starts slowly (perhaps -too- slowly for some),
it continually builds in intensity throughout the entire movie,
culminating with an ending that is both shocking and yet inevitable. In
particular, the movie has a very compelling scene played perfectly by
Mendelsohn, with an awesome supporting role played by Luke Ford – I'm
sure this scene repulsed many in the audience (it certainly repulsed
me). At first, I feared that the scene was added by the director merely
as a gratuitous exploitation of the audience's emotions. However, as
the movie progresses, the scene's outcome becomes an integral part of
the plot development, and is therefore necessary for the completion of
the main story.

This movie will not be for everybody – the subject matter and the
honest way in which the movie portrays it made the movie somewhat
taxing at times to sit through. However, I think those willing to
consider the necessity of telling the story of "Animal Kingdom" will
find the movie entertaining and thought-provoking – I certainly did.