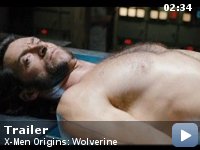 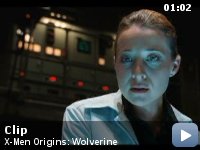 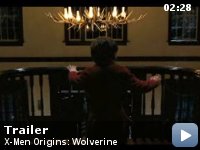 A look at Wolverine's early life, in particular his time with the government squad Weapon and the impact it will have on his later years.

Storyline
Two mutant brothers, Logan and Victor, born 200 years ago, suffer childhood trauma and have only each other to depend on. Basically, they're fighters and killers, living from war to war through U.S. history. In modern times, a U.S. colonel, Stryker, recruits them and other mutants as commandos. Logan quits and becomes a logger, falling in love with a local teacher. When Logan refuses to rejoin Stryker's crew, the colonel sends the murderous Victor. Logan now wants revenge.

In response to criticism from fans over Lynn Collins being cast as the Native American, Silverfox, Collins reassured fans by claiming to have distant Native American ancestry.

Factual errors:
When Wolverine and Gambit are flying in the plane, they are carrying on a normal conversation but without the use of headsets. In a small, two-seater plane it's nearly impossible to hear your own voice screaming, much less someone next to you, because of the proximity of the engine to the passengers.

Young James Logan:
You were sick when you were my age.

I Want Stryker To Erase My Memory Too

Where to begin? How about with the erroneous synopsis:

"X-Men Origins: Wolverine tells the story of Wolverine's epically
violent and romantic past, his complex relationship with Victor Creed,
and the ominous Weapon X program."

His epically violent past turns out to exceptionally non-violent.

His relationship with Creed is so glossed over it's difficult to
understand how they have any connection at all. We are thrown from one
point in the opening scene that shows them as children on the run, to a
montage of war scenes that they have fought in throughout their long
lifespan, and finally to the present where they are a part of a
hardcore government team of assassins.

There is nothing by way of showing their relationship as brothers at
all. Nothing complex is laid down for us to believe is authentic or
even loving.

The romantic element of the movie between Silverfox and Wolverine was
forced and abrupt. We are thrown into a romance so fast that it's over
before you can blink an eye. Having just introduced the character,
Silverfox is killed off roughly fifteen minutes later. We are left
wondering why we should care about this. Who was she anyway?

For a pivotal element of this weak revenge driven story, the romance is
surprisingly unexplored. It was rushed in simply because it was
required.

Oddly enough, when Wolverine finds that his love is dead he leaves her
in the woods to rot as he goes off to find Sabertooth. Being the
romantic that he is this was out of character for him yet necessary to
serve the plot in pulling off a very predictable surprise.

As for the weapon X program, lets just say that after the painfully
crippling procedure Wolverine is up and running. Eventually he arrives
at the home of a conveniently old yet overwhelmingly loving couple.
Surprisingly Ma and Pa Kent aren't alarmed when finding a naked sweaty
man in their barn. Is it any wonder what fate awaits them?

In the previous films and the comic books, the main reason that
Wolverines' amnesia plagued him partly hinged on the fact that he was
said to have been viciously evil and coldblooded.

Knowing this was the case…did he really want to remember such horrors
or keep them hidden and continue his current more positive lifestyle of
fighting against the villains of the world alongside his team mates?

As hinted to in X2: X-men United when Stryker gives up some of his
secrets it is said that Wolverine would be disturbed if he had known of
the evil works they committed together. This film sets up the team
fairly well only they don't really do much of anything. No disturbing
violence, no ruthless actions, they merely harass a few natives in
foreign lands for the ten or fifteen minutes they are on screen.

It seems that Wolverine wasn't an evil man under Stryker at all.
Instead he was constantly trying to put a leash on his brother
Sabertooth which consequently WAS the violent agent we all thought
Wolverine was. Eventually he just leaves all together.

No conflict of duality here at all.

Idiotically REMOVING that character conflict of good and evil DULLED
the story immensely. They may as well have given him rubber claws.

There were a ton of other errors in this film that contradicted the
X-Men trilogy, including the introduction of one of the lamest Deus Ex
Machinas to ever hit a script.

Apparently they are the only thing to bring down Wolverine. Yet this
was apparently forgotten when agent after agent was sent to bring him
down with bullets and bombs that would surely not work on him at all.

Another problem with this film is that it tried to focus on Wolverine
while throwing in a ton of other mutants which did little to nothing at
all. Interesting characters were mere window dressing and did nothing
for the story. Most were in the film for 5-10 minutes max and yet you
find yourself wishing we saw more of them and less of Wolverine.

Fred Dukes (the Blob but not the comic version) can punch a launched
tank missile with little to no physical damage to him at all, but a
simple headbutt from Wolverines metal noggin is enough to daze him?

Cyclops optic beams (which instead of being concussive force are now
more akin to lasers) can burn through buildings but when fired at
Sabertooth directly it simply smashes him into the ground without even
damaging his clothes. Adamantium trench coats anyone?

The (gravity defying) mutant Gambit, instead of utilizing his signature
cards, is made into some sort of crazy acrobat. In one poorly edited
scene he is knocked unconscious by Wolverine…then amazingly enough a
few minutes later he is on a rooftop running TOWARDS Wolverine. How he
regained consciousness, ran away a few blocks, climbed up a building,
then ran back to Wolverine and Sabertooth in the middle of a scratching
match is a mystery yet to be explained.

Some have excused this films weakness by claiming it was made from a
comic and therefore should be weak on character and heavy on flash. The
idea that this movie being a comic film is flimsy and superficial
because of that fact is incorrect.

The comic book source material, the REAL origin of Wolverine…is a
story worth bringing to the screen. It doesn't sugar coat his past nor
treat the reader like mindless CGI junkies. It is a well crafted story
and although retold and readjusted over time, began with WEAPON X by
Barry Windsor-Smith. A much more intense and exciting story.

This FOX film should seriously be forgotten.

Anyone have that magic gun?