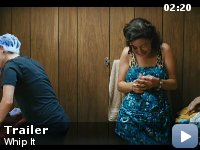 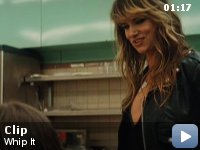 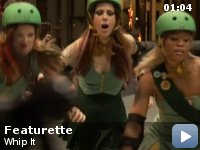 In Bodeen, Texas, an indie-rock loving misfit finds a way of dealing with her small-town misery after she discovers a roller derby league in nearby Austin.

Storyline
In a town near Austin, Bliss Cavendar's strong-willed mom believes Bliss, at 17, can win pageants – the key to a happy life. Bliss isn't the beauty pageant type: she's shy, quiet, and has just one friend, Pash, her fellow waitress at a diner. Things change for Bliss when she discovers a women's roller derby league in Austin, tries out, proves to be whip fast, and makes a team. Now she needs to become someone tough on the rink, keep her parents from finding out where she goes twice a week, and do something about a first crush, on a musician she meets at the derby. Meanwhile, mom still sees Bliss as Miss Bluebonnet. Things are on a collision course; will everyone get banged up?

Filmed in Detroit, Michigan and many of the skaters in the movie are on Detroit's Derby team.


Drew Barrymore is well known for her quirky acting and distinct
personality. But now movie goers across the country will begin seeing
her in a new light- director.

"Whip It," which stars Ellen Page (Juno), Marcia Harden, and several
other notable actors/actresses is a fun filled, action packed,
emotional film that forces you to give an old fashioned thumbs up as
you leave.

Page is fantastic in her role, perfectly capturing the rebellious,
curious character of Bliss Cavendar. Her innocent face leaves you
rooting for her while at the same time wondering if her decisions are
ultimately right. Harden again plays her role flawlessly, down to her
own hidden dreams disguised under her thick shell.

Unlike most "rise to the top" movies, Whip It is believable. It seems
real at all times. It feels as though all of us at one point in our
lives were like Bliss, longing to live a different life.

If you want a great night at the movies, if you want a solid movie with
enjoyable memories, and if you want to answer that question of "I
wonder how Drew Barrymore would be as a director," go see Whip It.
You'll be pleasantly surprised.