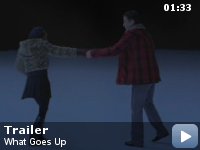 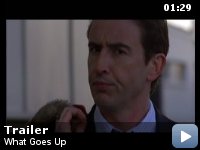 Set in the mid-80's when a reporter is sent to cover the Challenger Space Shuttle launch only to become mixed up in the lives of some local students.

Storyline
What makes a hero? January, 1986. Campbell Babbitt is a reporter for the New York World, writing a series on a woman who turned the grief of losing a son into civic acts. He falls in love with her, and when she commits suicide, he continues to write made-up stories about her. His editor sends him to New Hampshire to cover the Challenger flight from the town of teacher Christa McAuliffe. The launch is postponed for a few days, giving Campbell time to get to know a group of misfit students whose own teacher killed himself the day Campbell arrives in town. He pieces the story together that led to the suicide, finds himself attracted to a student, and has to sort out his own loss.

Taglines:
A Different Class of Misfits

Crew or equipment visible:
In the scene near the very end when Steve Coogan's character Campbell is driving away you can clearly see the shoulder of someone riding in the passenger seat of the car.


There were a lot of very negative reviews of this film. Here are some
of the positive ones you may have missed:

"A 2009 Sleeper. A complete original and definitely not your typical
teen comedy. It's a darkly funny, wonderfully twisted story that
marches to its own surprising beat. The entire cast is superb!"

"A nifty little tragicomedy. Director and co-writer Jonathan Glatzer
handles his talented cast well, and the movie is dark, droll and
sentimental in roughly the correct proportions."

"Glatzer and (co-writer) Lawson show a deep understanding of how common
ideals can hold even a community of outsiders together. And it has a
one-of-a-kind character in Coogan, a cynic with a savior complex, who
lies partly out of convenience, and partly because he knows – as
Glatzer and Lawson know – that even a messy story can still inspire."

"The wit is sharp and the performances are amazing. Hilary Duff will
definitely get more and more 'real' acting roles thanks to this. And
Molly Shannon has rarely been more manic and hilarious… If you like
your comedies pitch black… you will enjoy this dark little jewel."

It's wonderful because it's so true to life. It's exactly what WHAT
GOES UP strives to be – a funny movie about death, a sad movie about
life… It works. Olivia Thirlby exceeds all expectations lending her
performance a gutsy rawness…"

– Kate Erbland, Gordon and the Whale

"The performances were incredible. I was blown away by them."

"The film is touching, truthful, and, more importantly, an absolute
blast to watch, thanks in part to smart performances from Coogan, Molly
Shannon, and Hilary Duff in a role that might rub some of her loyal
fans the wrong way. What Goes Up is about the lies we tell and the
truths we keep hidden deep inside, a theme I'm sure most of us can
relate to on one level or another. Thoroughly impressive stuff." – The
Film Fiend