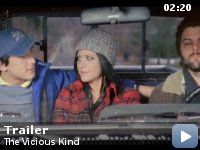 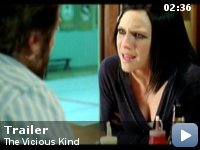 A man tries to warn his brother away from the new girlfriend he brings home during Thanksgiving, but ends up becoming infatuated with her in the process.

Storyline
The relationship between two brothers, a father trying to connect with his sons and the young woman who gets between the three of them. The story begins when Caleb Sinclaire reluctantly picks up his brother Peter at college and brings him and his new girlfriend Emma home for the Thanksgiving holiday. Caleb, who recently broke up with his long-time girlfriend and is wary of relationships, warns Peter that Emma will end up hurting him, but he can't stop himself from being drawn to her. As Caleb's infatuation with Emma grows, he must decide whether to act on his feelings or protect his brother's first love.

Taglines:
How would you protect someone from their first love?

Caleb Sinclaire:
You know they're all whores, right? All of 'em. I'm not just talking about the little skanks that hang out around your dorm, or frat, or whatever. But actually every woman you've ever known, and every woman you'll ever meet – Mom, Grandma, Aunt Ellen. The fact that they're related to us doesn't make any difference. Cause at the end of the day, given the right set of events, they *will* fuck you over. For the sole reason that they have a vagina, and they can.


An elegant study in character and the use of subtle good vs evil
interplay in the presentation of a character to an audience. Caleb, the
character in question, is the true focus of the movie, though the
camera dwells lovingly on the beautiful Emma ("a dark angel, does your
sister dye her hair black like that? It's very flattering") for obvious
reasons.

Our feelings for Caleb shift constantly from bemusement, to loathing,
to admiration to astonishment, but the balance is always cleverly
maintained in his favour (juxtaposed by a less than flattering
portrayal of his brother as the prudish 'republican') and with the
climax of the film, despite his often atrocious behaviour, Caleb is the
lovable anti-hero. We find ourselves, against our better judgement,
rooting for him.

Kreiger has created one of the most memorable personalities in a modern
film – a true train wreck of a character and one you will not forget in
a hurry – and a masterclass in independent film making. Forget
Paranormal Activity. Here is a budget movie worthy of the indie tag and
your attention.