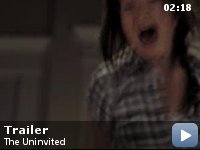 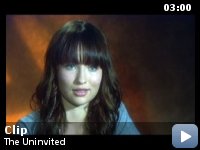 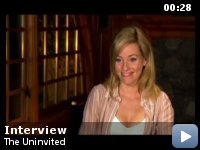 Anna Rydell returns home to her sister (and best friend) Alex after a stint in a mental hospital, though her recovery is jeopardized thanks to her cruel stepmother, aloof father, and the presence of a ghost in their home.

Storyline
After the death of her ill mother in a fire, the young teenager Anna tries to commit suicide and is sent to a mental institution for treatment. Ten months later, Anna still cannot remember what had happened on the night her mother died. Her psychiatric Dr. Silberling, however, discharges her telling that she has resolved her issues. Her father and successful writer, Steven, brings her back home in an isolated mansion nearby the coast. Anna finds that her mother's former nurse, Rachel Summers, is her stepmother now. Anna meets her beloved sister, Alex, swimming in the sea. She discovers that Steven has not delivered the letters and CDs that Alex had sent to her. As time moves on, Anna is haunted by ghosts and she believes that Rachel killed her mother. Alex and Anna decide to look for evidences to prove that Rachel is the murderer and Anna discovers the truth about the fire in the boat house.

Revealing mistakes:
Rachel dumps the large cut of meat onto a board with four sharp prongs after she takes it out of the oven; these boards are designed to skewer the meat so that it will be held still while carving and not move or roll around. Despite this, when Anna bumps into the table, the meat simply rolls off the board – which it could not have done on such a board.

Matt:
I love you… I have a condom.

Surprize, surprise, you can still make a good horror movie


It's not easy to make a horror movie these days. The critics will hate
it by definition: their expectations are always high and mostly
unsatisfiable. They will call them uninspirational, uninteresting, and
not original enough. With time, the horror genre has become an underdog
of the movie industry. Prior to watching this movie, I had no knowledge
about the plot whatsoever and it turned out to be good for me. I won't
beat around the bush: I'm not a horror fanatic, but this one, I enjoyed
from the beginning until the very end and I was pleasantly surprised
with the outcome. The thing I appreciated the most was the great amount
of mystery: at some point the movie becomes more a mystery movie than a
horror movie. The plot is interesting at the very least: and it does
make you think who the main villain might be. I personally had many
guesses and I though I got it right, but the ending surprised me. And
there's nothing I enjoy more than an ending I did not see coming. The
surroundings are beautiful and the movie is very well shot. Visually,
the pictures are very satisfying, another thing you would not expect.
The acting is also professional, along the score: all these parts, I
have no complaints about. The movie was, for some reasons I don't fully
understand, certified as not fresh enough. I do agree, some moments are
painfully cliché, but in this case, I found it charming. Isn't it a
part of the horror movie to expect that a hand will try to reach you
under the bed? It will make you jump in your place either way, so
what's the deal? As long it's not cheesy, it's good enough for me. I
think that if the creators maybe took a risk and avoided those couple
of clichés, the movie would have been praised by critics. But who cares
about their opinion anyway? The movie is really enjoyable and if that
is what matters to you, don't hesitate and watch it. You won't regret
it.