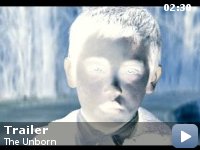 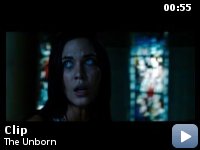 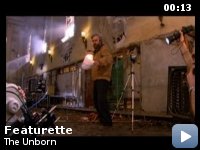 A young woman fights the spirit that is slowly taking possession of her.

Storyline
While babysitting a boy and his baby brother, Casey Beldon has a dreadful nightmare involving a weird dog and an evil child, and she tells her best friend Romy over the phone. Casey is haunted by this boy, and when she goes to the ophthalmologist, he asks if she has a twin brother or sister. She asks her father and discovers that her mother lost a son that died in the womb. Casey suspects that she is haunted by the spirit of her brother. She finds a letter addressed to a woman called Sofi Kozma and a creepy picture at home that belonged to her mother. She goes with Romy to a retirement home to meet Sofi, a survivor of the experiments during the Holocaust. But Sofi tells Casey that she had never met her mother and later calls Casey to tell her she is in great danger.

When Rabbi Sendak opens the Hebrew book in his office, he thumbs through it in the wrong direction. Hebrew is written in the opposite direction to English; a real rabbi would have opened the book and read it from right to left.

Continuity:
In the club scene, after entering Mark asks Casey, Romy and one other girl if he can get any a drink from the bar. Romy and the other girl orders a drink. Casey says no. As soon as Mark walks away to complete the order, Casey begins to walk through the club already holding a drink.

Casey Beldon:
It's not safe to be around me.

Jumby wants to be in a better movie

Well at least the trailer was scary, from the moment I saw the trailer
for The Unborn I knew I wanted to see this movie, it looked so freaky
and like the ultimate scare. So before it left theaters, I finally saw
it and I should've realized, it's PG-13, how rare is it that we get a
PG-13 horror movie that is actually scary? Sadly all the "intense"
moments were shown in the trailer and I was extremely disappointed with
this lousy movie. I couldn't believe how bad it was, it once again has
every cliché in a horror film that you can imagine: the black best
friend, the loving boyfriend, the hot skinny girl who is constantly in
her underwear, the jumps, the mirrors, the nightmares, the over acting.
I do have one question: did Gary Oldman owe someone a favor when he
took this film? It's just mind-boggling, he's this terrific actor and
he was in this really predictable stupid story? Well, hopefully he'll
recover soon from this sad excuse for a horror film.

Casey Beldon is plagued by merciless dreams, visions of strange looking
dogs, and an evil child with bright blue eyes. Casey is baby-sitting
Matty, her neighbor's son. He is upstairs, supposedly taking a nap.
Casey is downstairs talking on the phone to her best friend Romey.
Suddenly, there is a voice that says "Jumby wants to be born now," on
the baby monitor used for Matty's baby sister. After yelling, "Matty,
are you awake?" Casey goes upstairs to check on them. Matty was
standing over the baby's crib, holding a mirror to the baby's face.
After being hit with the mirror, Casey's eyes begin to change color and
she learns she had a twin brother who died in the womb. Casey begins to
suspect that the spirit haunting her is the soul of her dead twin,
being possessed by a dybbuk, wanting to be born so it can transfer to
the world of the living. Casey meets a woman named Sofi, who is
revealed to be her grandmother. Sofi explains that she had a twin
brother who was killed in Nazi experiments in Auschwitz when they were
both just children. The boy was brought back to life by a dybbuk who
intended to use his body as a portal into the world of the living. Sofi
killed her twin to stop the dybbuk, and now it haunts her family for
revenge. Sofi refers Casey to Rabbi Sendak, who can perform a Jewish
exorcism to remove the dybbuk.

This was a huge disappointment, I wouldn't really recommend it. The
acting and writing were over done, what could have made this more
realistic or scary is just a touch up on the writing. The lead actress
Odette Yustman really needs experience, she was just alright in the
film. Of course I love the cliché of the crazy black best friend who
calls her crazy at first but then all of a sudden is attacked at last
second. If you do watch this, if you want a good scare, turn on the
lights, I admit there are still some freaky moments, better than most
of the PG-13 horror movies, but the story was just bad. It just could
have been a lot better.