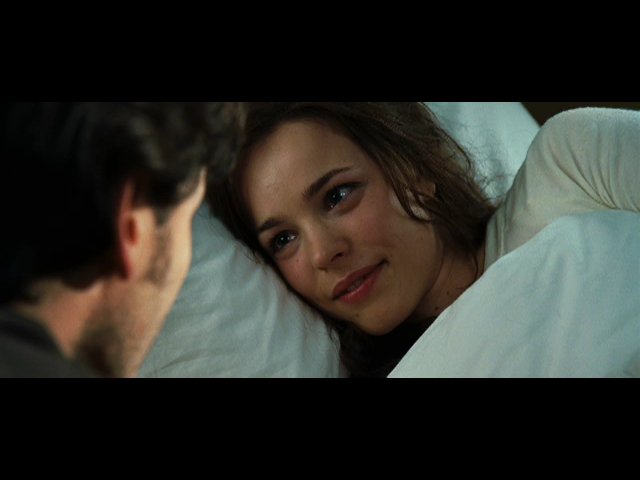 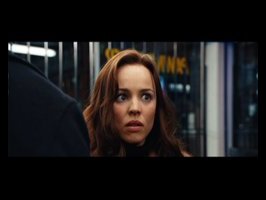 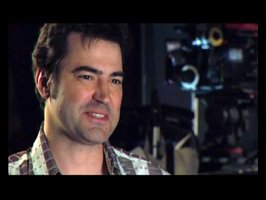 A romantic drama about a Chicago librarian with a gene that causes him to involuntarily time travel, and the complications it creates for his marriage.

Storyline
When Henry DeTamble meets Clare Abshire in a Chicago library they both understand that he is a time traveller, but she she knows much more than this about him as he has not yet been to the times and places where they have met before. He falls in love with her, as she has already with him, but his continuing unavoidable absences time travelling – and then returning with increasing knowledge of their future – makes things ever more difficult for Clare.

Clare at Six and Eight

During the final meadow scene, after Henry disappears, Alba bends down to pick up his discarded brown loafers. This is a reference to the cover art of one edition of the book, which features a young girl (visible only from mid-leg down) standing next to a brown pair of loafers in a field.

Errors in geography:
The movie is set in Chicago, Illinois in United States of America, but in the scene where Henry disappears and after we see Clare cleaning up the plate he dropped, you see him crossing the street and there is a Canadian flag flying on top of a building in the background.

Annette DeTamble:
That was fine, Henry.

Annette DeTamble:
Of course not. You're supposed to sing like you.

It's about life long metaphors, not the science.


Something I often find bothersome in 'time travel fiction' is that
there is usually a large chunk of the storytelling dedicated to the
tedium of explaining 'how' time travel works, particularly when time
travel is merely a device to aid the storytelling. We don't really need
to know the science behind it because, simply put, science can neither
logically explain its paradoxical nature, nor prove or dispute its
possibility. "The Time Traveler's Wife" never makes pretenses to the
science behind it, rather it centers its focus on the story.


At the heart of this film is a love story and the complexities that
people bring to their relationships. What I liked most was its
metaphorical allusion to the distance in relationships and how the
important people in our lives stay with us even after they are gone.
The scenes between Henry and young Clare were especially moving because
they took literally the notion of feeling like you have known someone
your whole life. It's kind of like when you share stories from your
past with friends and significant others, retelling them time and again
until your experiences are indistinguishable from theirs, except in the
case of Henry and Clare, the experiences are real if not linear.

Just go and watch it. Decide for yourself if you like it. Just don't
dwell too much on the technicalities. After all, Scientific Theorists
have been slamming their heads against the wall on the matter of time
travel for centuries. Take the story for what it is and enjoy the ride.