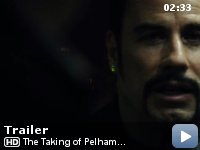 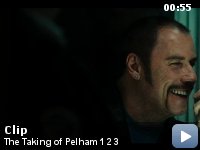 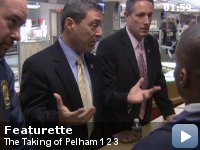 Armed men hijack a New York City subway train, holding the passengers hostage in return for a ransom, and turning an ordinary day's work for dispatcher Walter Garber into a face-off with the mastermind behind the crime.

Storyline
In early afternoon, four armed men hijack a subway train in Manhattan. They stop on a slight incline, decoupling the first car to let the rest of the train coast back. Their leader is Ryder; he connects by phone with Walter Garber, the dispatcher watching that line. Garber is a supervisor temporarily demoted while being investigated for bribery. Ryder demands $10 million within an hour, or he'll start shooting hostages. He'll deal only with Garber. The mayor okays the payoff, the news of the hostage situation sends the stock market tumbling, and it's unclear what Ryder really wants or if Garber is part of the deal. Will hostages, kidnappers, and negotiators live through this?

The R-142 and R-142A subway cars portrayed in this film are permanently linked into 5-car sets and cannot operate as single units. R-62A 2079, a single car capable of operating alone, was cosmetically modified to resemble a modern car for this film and restored to its original appearance after filming was completed.

Revealing mistakes:
Many times during the picture, the horns from Amtrak trains are heard – horns which could never be heard on a subway system.

Walter Garber:
No, I do not.

Ryder:
Ok, well first there's my gun… and at the end of my gun, what's your name man?

George:
George, everyone calls me Geo.

Ryder:
George, his friends call him Geo. He's got this kinda eighties skateboard thing going on… he makes it work, but it's not gonna look to good in his casket.

Greetings again from the darkness. For some reason, I keep thinking
director Tony Scott will re-capture his magic of "Crimson Tide".
Instead, he thrives on being the center of attention, rather than
letting the story and characters unfold on screen. How he mangles the
great cat-and-mouse game of the original "Taking of Pelham One Two
Three" is pure torture to watch.


In the original Walter Matthau and the icy cold Robert Shaw were
brilliant. Here Travolta is way over-the-top with all his "MF'ers".
Denzel, for all his greatness, is simply miscast as the nice, working
class hero. In the original, NYC shots were gritty and real … here
they are Tony Scott disco complete with flying cars. Since when does a
car collision send one of the vehicles soaring and somersaulting? And
why does a skilled motorcycle cop ram right into a parked vehicle? Just
a ridiculous action sequence.

Also in the original, Martin Balsam, Hector Elizondo and Earl Hindman
(Wilson from Home Improvement) were Shaw's team and each had their own
personality. Here Luis Guzman is given little to do and I couldn't pick
the other two out of a line-up after just watching the film! John
Tuturro and James Gandolfini are the only others with much to say.
Gandolfini is a nice combo of Giuliani and Bloomberg, and provides at
least a touch of humor. The story is expanded from a pure heist film to
a bit of distorted revenge by Travolta, a disgraced Wall Street stud.

Just not much good to say about this one since I don't believe it
stands on its own and it certainly can't hold a candle to the original.

TagsUSA
The Informers
The Six Wives of Henry Lefay