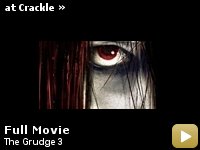 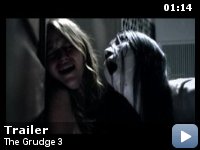 A young Japanese woman who holds the key to stopping the evil spirit of Kayako, travels to the haunted Chicago apartment from the sequel…

Storyline
A young Japanese woman who holds the key to stopping the evil spirit of Kayako, travels to the haunted Chicago apartment from the sequel, to stop the curse of Kayako once and for all and save a family who are currently being haunted by her malicious spirit.

Taglines:
You can't escape the curse

The first film in the series not directed by Takashi Shimizu.

Continuity:
As Naoko and Lisa are speaking in the park (right after Rose goes off to the swings), Naoko tucks her hair behind her left ear. In the next shot, her hair is back in front of her ear.

Sullivan:
Jake, I promise I won't be long.


It seems the majority of the reviews thus far have been written by
viewers who, after not enjoying either of the two previous films,
decided to weigh in on what is ultimately a complete mockery of a great
series.


First I'll tackle the good things about this film, of which there are
few, but they deserve mentioning and as much of a reprieve as anyone
can give them. Aiko Horiuchi replaces Takako Fuji as Kayako (creepy
crackling voice lady) and picks up the role fairly well. Any fault in
her appearance lies with the director, Toby Wilkins, who I will get to
in a moment. The only other two notable performances come from the
female leads, Johanna Braddy and Takatzuna Mukai and might not so much
be notable as much as they just sharply contrast their terrible
surroundings.

Now, on to the awful stuff. I think the large majority of the critics
of the first two films, as I have understood them on here, find that
the they were cryptic and difficult to follow. They have gotten their
wish for an easy to interpret, spoon-fed, linear-flowing, cheesy horror
film in The Grudge 3. Gone are the intelligent and subtle
left-to-the-imagination disappearance kills. Artistic and suspenseful
cinematography have been replaced by bland, formulaic and frightfully
comical scenes. Brad Keene and Toby Wilkins have crafted an
hour-and-a-half long slap in the face of director Takashi Shimizu who
re-invented the haunted house horror film by making his own rules and
breaking all the ones in the book.

Normally I am given pause when criticizing the artistic vision of
writers, directors and actors who put their work on the line for what
is largely a very unforgiving audience. In this case, however, the
writer and director were toying with another man's vision and the hard
work and creative energy he expended trying to bring something original
into the world. I am dumbstruck by how a duo could miss the theme of a
series so entirely. Ultimately, The Grudge 3 adds nothing to the
mythology of the films and takes away a substantial amount.